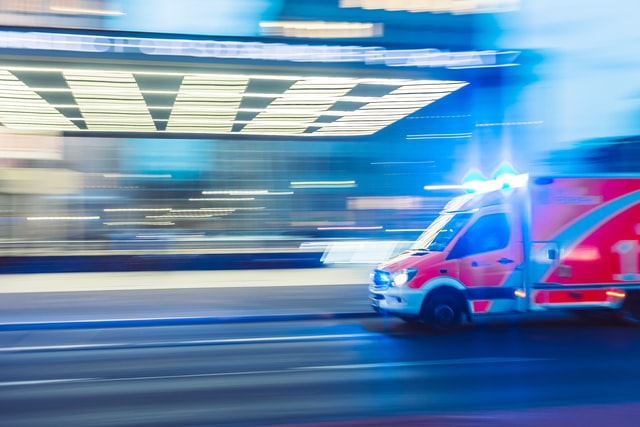 Liquidity is incredibly important in a time of crisis, but just how important is it to you to have cash lying around just in case? What even is liquidity?

In financial terms, liquidity is the measure of how easy it is to turn an asset, such as stocks or real estate, into cash on demand. Stocks are considered to have high liquidity because there are basically always buyers willing to take your shares off your hands. A house, on the other hand, is considered fairly illiquid because it takes time to market and sell your home even in the hottest of markets.

Most people, however, think of having liquidity as it relates to their own personal finance. When someone talks about the importance of liquidity, they are almost always talking about the need to have enough cash in a crunch to weather a financial storm. What do they mean and why is it important? Let me tell you about what can happen if you don’t have liquidity.

The Thrills of Margin Jerry

Everyone was glued to the news cycle when everything started being locked down because of COVID-19 fears, but few were sweating as much as Jerry was. You see, our friend here had a margin loan on his $1 million dollars taxable portfolio in March. His brokerage told him that he can borrow up to 70% of its value at an incredibly low interest rate of 2% per year, which sounded fantastic in a bull market. The 70% is fixed though, which means that if he were to borrow all $700,000, he’d have to pay back money immediately anytime his portfolio dips below $1,000,000 because 70% of less than a million is less than his borrowed amount. 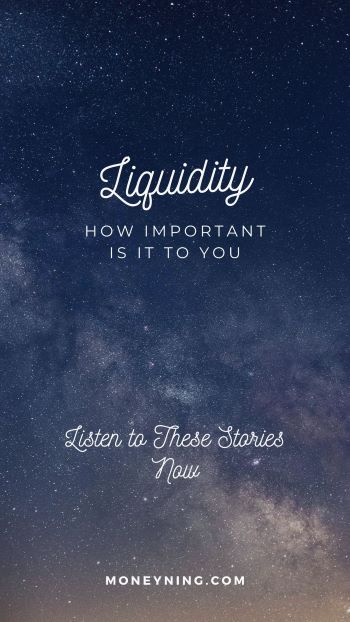 Jerry, thinking he was being conservative, borrows $400,000 to pay off his student loans and pay down his mortgage. He also uses some of it to buy a new car and remodel his home. He calculated that as long as his portfolio doesn’t dip below $571,428, a roughly 43% decline, then he doesn’t need to ever sell anything. He was safe for sure, he thought. He was wrong.

As March went on and fear became widespread, 9% down days were no longer a scenario you only hear about from your grandfather telling war time type stories. He watched his portfolio drop like a rock, down to $625,000 at one point. Normally, Jerry is pretty calm when it comes to market volatility, but because he knew his brokerage would start selling his investments indiscriminately if the value dips another 9%, possibly just another one down day away, he panicked and sold $300,000 of his remaining portfolio to pay down his $400,000 loan. That was March 18.

Within a week, he felt fairly decent of his decision because the market dropped another 8%. His portfolio kept going lower, but at least he felt like he made the right decision by selling his stocks a week prior. But then the sentiment suddenly turned. Congress passes a massive stimulus, and the market shot up like a rocket.

For months, he was paralyzed because he kept wanting to buy back into the market by borrowing a bit more but he was afraid the market would drop back down, forcing him to sell again. As a result, he remained on the sideline as the market kept going up. Now that the major markets are back to positive territory for the year, Jerry’s finances are far from recovered. His $325,000 portfolio at the low recovered quite a bit to $450,000. Still, that’s a far cry from the million dollar portfolio he had in February. And plus, he owes $100,000 which he’s paying interest every day and eventually need to pay back.

Without that margin loan, or if he had some other source of liquidity, Jerry could’ve held onto his investments and rode the wave back up. Now because he decided to use his liquidity to pay down his loans, he would need his $450,000 portfolio to practically double for him to get back to the financial position he was in just a few short months ago.

Do you now see how dangerous not having enough liquidity can be? Can you understand why we never recommend margin loans for anybody?

Even if you don’t have margin loans, not having liquid cash can be devastating too. Meet Ryan, a high flying waiter who makes six figures at a famous steak house. He is charming and has never had issues finding a job in his life. That’s part of the reason why he lives paycheck to paycheck, because he figures he’s always two weeks away from a cash infusion.

Then every restaurant was shut down, costing him his job and income for the foreseeable future. He is also supporting his girlfriend when the crisis hit, and managed to run up $20,000 in credit card balances in the few months of having no income. He has quite a bit of equity in his home, but it’s not helping because he can’t access the cash. In fact, he hasn’t been able to pay his mortgage either, which he now owes 3 months on. His bank is working with him, but he’s nervous because he knows the eviction and forbearance relief will eventually end and he’ll be in trouble.

There’s unemployment insurance of course, but his checks were delayed six weeks after he lost his income because the government was processing a huge backlog of claims. Additionally, the $600 enhanced benefits a week doesn’t cover the lost tips he receives when he’s able to serve at the restaurants, not to mention that the $600 extra Federal benefit may have already ended.

If he built up an emergency fund when times were good, he would have had the liquidity to pay for his daily expenses. Instead, he had to finance his life on credit cards and he’s now deep in the hole because credit card loans come with high interest rates.

His future job prospects are bleak and he’s afraid of losing his home.

Liquidity is important. There’s no doubt about it.

Set up an emergency fund, and make sure you have enough investments in liquid assets to fund your obligations when times get tough. There may be times when you feel like investments like cash is a drag, but you just never know when the extra liquidity will save your butt.