Early Retirement Blogs for Everyone 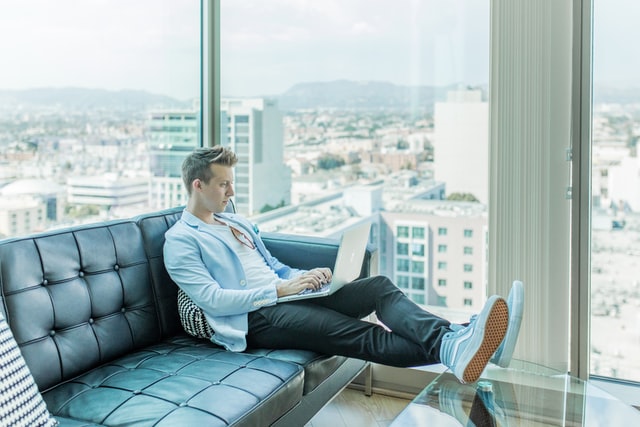 You don’t need too much of an imagination to realize that having passive income is life changing. And in these uncertain times, I bet any income is comforting, let alone having money rolling in while you basically have to do nothing to earn it.

I’m lucky in that I built up a bit of passive income through the years, but if this crisis taught me anything, it’s that no investments are really truly passive. With large swathes of the economy on total lock down, a phenomenon that’s unthinkable just a couple months ago, it’s putting even once thought bulletproof passive income vehicles into jeopardy.

Take REITs for instance, which I sadly owned a few when the crisis hit. To say that those stocks as a group have been hammered is an understatement since many are still down more than 50% since March. And never mind whether they will be able to sustain their dividends, because there’s a real possibility that some of these companies’ stock prices are going to $0 because if the lock down extends for much longer, no tenant will be able to pay their rent while these REITs are still on the hook for their own fixed costs.

So, do you sell now? Obviously, no one can accurately predict this now. I doubt even the CEOs of those REITs know because everything is largely dependent on how the spread of the virus plays out in our country and also the world.

And no matter what happens, the fact that we are thinking about making trades means that individual REITs fail as a passive income idea.

It’s not just REITs either. Bank stocks are now in danger of needing to eliminate their dividends, and it doesn’t even have anything to do with the fact that their earnings are getting crushed. There was talk that the government may force them to eliminate dividends because a) it doesn’t look good for them to be paying out money and b) every dollar they retain means more can be lent out to support individuals and business in this time of stress.

And before you think it’s just not possible here, let me fill you in that it’s already happened in the U.K. following a request by The Bank of England, the county’s federal reserve equivalent. As of the beginning of April, many of that country’s biggest banks have all suspended dividend payouts and share buybacks through the remaining of the year.

Now, unlike the Great Recession when banks were on the verge of collapse, there’s currently no danger of bank’s share prices going to $0. Still, that doesn’t help if one of your primary sources of income came from bank dividends. And for those who need to then sell shares, well, relying on bank dividends is no longer a passive investment.

What about other sources of passive income? 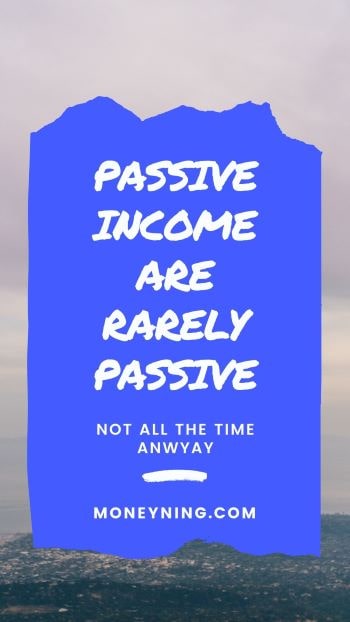 Bond interests seem like a better idea, if you are okay with extremely low returns for your money. I’m lumping online saving accounts and certificate of deposits (CDs) in here. The total bond fund at Vanguard has a SEC yield of less than 2% at the moment. That means you’ll get less than $20,000 a year even with a million dollars invested in there. One million dollars! There’s high yield bonds of course, but taking on that type of risks is hardly passive.

Now how about physical real estate investing? That was never really passive income, but so many people swear by buying rental homes being passive enough that I’m going to talk about it here. There’s real skill in finding a tenant that will keep on paying through the thick or thin, but consider yourself lucky if your tenants are still paying. You could’ve just as easily rented your home to a restaurateur who had a thriving business just months ago and now all of his locations are shut down. Don’t tell me anyone screening for tenants could have seen something like this coming.

And commercial real estate? Those people are probably scrambling right now. They have all the problems the REITs have, plus the companies are much smaller so it’s harder for them to access capital to tide them through to better days. Many of them will be wiped out if this shutdown drags on much longer.

Having said that, you should still build passive income

Having these passive income streams is good even if it means more work than the dream scenario of doing nothing to get income. It’s true that I took quite a bit of time to analyze my portfolio in recent weeks, but on the grand scheme of things, I’ve spent way less time managing my portfolio than any active job I’ve ever had.

I imagine this is also why many people love owning physical real estate investments like a rental home. Yes, plenty of people have tenant issues and I’m sure 3am calls to fix the toilet happen more often than people would want, but averaged out to decades of ownership, managing real estate doesn’t take nearly as much time as someone’s full time job.

Plus, being motivated to build a passive income portfolio means you are saving more. And saving more always mean more money in the bank. I mean, you’d be crazy to have all your portfolio in a single stock that’s in danger of going bankrupt, and something so risky is practically the only way a passive income portfolio of investments can go to zero. Absent a bankruptcy, even if stocks drop 90%, you are still left with 10%. It would still be devastating, no doubt about that, but it’s still more money than if you used your buying power to get another flat screen TV.

Like I said, I owned a few REITs and while that decline in March hurt, I’m not in financial ruin because it’s just one piece of my overall financial picture.

So what can we do today?

As I sit here thinking about all my passive investments, I’m getting ideas on how I can improve the passivibility (yes, I just made this word up) of my investments. In other words, I now know how I can make my passive income even more passive.

The key is to diversify. This means reducing concentrated risks in investments, as well as having more passive income streams. My plan starts off by being very careful with individual stocks, or even investing in sectors. In fact, for passive income purposes, individual stocks is a no-go. Every REIT carried risks going into the year, but a pandemic that bars business owners from opening their businesses wasn’t one of them being considered at all. Literally no one saw that coming until very recently. Vanguard, the largest fund manager in the world, recently updated their fund prospectus to include pandemic risks, after the fact. You can’t possibly eliminate risks with individual stocks ahead of time.

Investing in entire sectors would be better, but you still aren’t completely immune. Your risks reduces as you broaden your investments, though. It’s much harder for an entire sector to go to $0, while individual companies often go bankrupt, wiping out shareholders.

Investing in countries takes this one step further, which is a very strong reason to consider the low cost index funds we often recommend. The yield is low compared to plenty of individual stocks, but betting on Vanguard Total Stock Market Index Fund, for example, is like putting a stake on the long term trajectory of the U.S. economy.

Times like the Great Depression, the Great Recession, and now the coronavirus pandemic are scary, but economies eventually bounce back. And when the economic engine starts humming again someday, asset values will resume it’s long term upward trajectory.

We can pretty much expect that dividends will be slashed in many companies in the future. In fact, many companies already announced dividend cuts. If you never needed the entirety of every dividend check to survive, then you wouldn’t need to sell off your investments to generate money.

Same with real estate or even your drop ship business. Income could be down, but you can certainly afford to do less and just wait until things normalize a bit if you can afford life with a lower revenue.

A word on leverage

We discourage leverage in general, but most of us have a mortgage. The key difference between a mortgage, and say, a margin loan, is that no one is going to call you to force a sell when asset prices go down. As we’ve seen just a few short weeks ago, margin calls can be extremely sudden and destructive to wealth building. If passive income is your goal, then actively managing leverage with any loans that are tied to the value of your investments isn’t going to be your cup of tea.

The good news is that what we’ve talked about here at MoneyNing.com still rings as true as ever. Find more ways to generate passive income to increase income streams, and work harder in order to inch your way to a future promotion. Doing so will generate more income which means less dependence on all the passive income streams you create. Ditto for the self employed or business owner to increase revenue. On the other side of the equation, cut expenses to further decrease your dependability of passive income streams while having more money to buy into an increased income in the future.