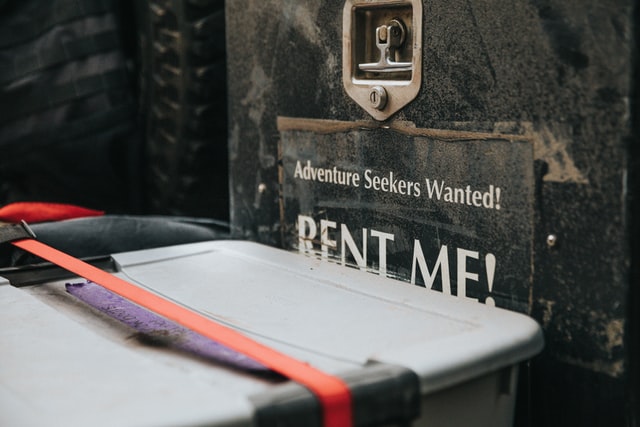 One of the commonly accepted indicators of financial success in our society is homeownership, but it’s not necessary to buy a home just to reflect financial success. For many people, it can make more sense to rent a home. After all, whether home buying is the best choice for you largely depends on your goals, and your lifestyle preferences.

So how do you figure out whether renting is better than buying?

Does Home Ownership Fit Your Lifestyle?

The first thing to ask yourself is whether or not buying a home fits your lifestyle. We often look at life and financial milestones as a series of boxes that need to be checked: Go to school, get a job, get married, have kids, buy a house, and get a dog. However, you don’t necessarily have to do all of those things, let alone in any particular order. Homeownership has long been an indication that you’d “made it” in terms of a certain level of success, but it doesn’t have to be that way.

Consider your personal preferences and lifestyle. Are you going to stay in one place for decades? Many people move when they find a job with better prospects (and pay). If you are stuck with a house you need to sell, it’s much harder to uproot the whole family and chase that new career.

And even if you are willing to struggle through the hassle of selling a home, it can still be costly.

I just sold my home and moved across the country. The home sale was messy (and expensive), and we aren’t anxious to do it again anytime soon. If you aren’t going to be settled in one place for a while, it might not make sense to buy a home, since your lifestyle won’t be compatible with homeownership.

In some cases, renting can make more sense, since it’s easier to pack up and move when you don’t need to unload an entire house.

I had only lived in that house I just sold for seven years. And, looking to the near future, it’s unlikely that we will be settled in one place for any significant period of time. There is a good chance we will move again sometime in the next three or four years. So buying a home doesn’t fit my family’s lifestyle, especially since I have no desire to do the landlord thing. 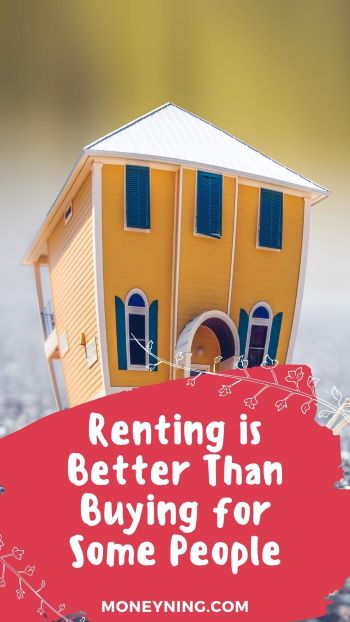 Is It Really That Great of an Investment?

Another consideration is whether or not homeownership is really that great of an investment. In my case, it didn’t pan out. The market dropped shortly after we bought, and we weren’t in the home long enough for the market to recover by the time we needed to move. And, even if we had been in there long enough that it didn’t cost us $10,000 to get rid of the thing, how much would we have seen as a return on our so-called investment? By the time you consider maintenance and taxes and interest on the loan (even if some of the costs are tax-deductible), you might not be that much ahead, even after 20 or 30 years.

The financial math favors renting even more so in other parts of the world. My friend just moved to Taiwan and he told me that home prices are so high the cost of a house would cover over 30 years of renting a similarly desirable unit. Plus, maintenance, property taxes, and other fees are higher than the rent itself, even if the owner doesn’t have to pay for a mortgage!

He just couldn’t believe why anyone would buy a house, even though everyone he knows suggests buying if he has the money. No one there talks about how you can invest that money into the stock market and most likely see better returns. No wonder home prices are so high there!

I know I would have been better off to rent (lower costs) and invest the difference during those seven years than to have bought. How about you? Have you ever made the calculation yourself?

On The Other Hand…

I know David recently bought a house and owning his home is the right decision for him and his family. He’s worked on MoneyNing.com for the past decade, so chances are high that he won’t be relocating for career reasons. He also has two younger kids, and he’s mentioned that he wanted his kids to grow up in the same school system, knowing everybody at their schools because they all grew up in the same neighborhood from kindergarten through 12.

David’s Note: Miranda is right. I moved to another home that we purchased recently and it was the right decision for us. Renting may or may not have been the right move financially, but in addition to the reasons Miranda talked about, we also wanted to be in a house that our kids can call their own. I wanted them to build memories of a place they’ll remember even after they grow up. This is possible with a rental too, but I know of many people who have to move from home to home because either they didn’t like the landlord or the landlord had a change of plans. Constant change with where we live is just something I don’t want my family to have to endure. I also absolutely hate moving. The house we bought is really expensive, but it’s well worth the cost for our family.

In the end, whether or not homeownership works for you depends on your situation and your preferences. Carefully think about the decision, and only buy if it makes sense for you.

Do you own or rent? Do you regret your decision? Which path would you choose if you had to decide all over again?