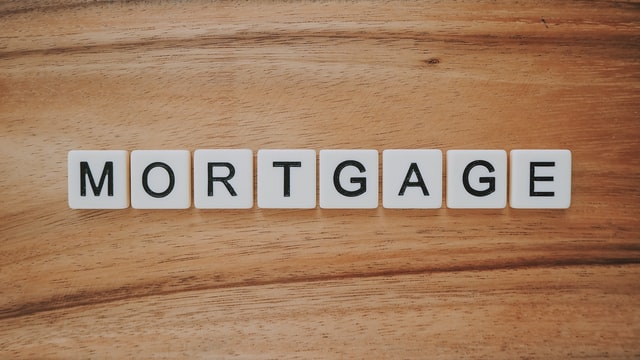 Have you refinanced your mortgage yet? And I know this sounds like a commercial, but you are likely missing out on some savings if you haven’t looked at refinancing options.

With rates at historic lows, many homeowners already cashed in by refinancing in the last couple of months. In fact, the mortgage lender I worked with a couple of months ago told me that he’s been in the business for a few decades and he’s never seen the amount of volume they were pushing through.

And I believe him, because we were exchanging emails and phone calls all hours of the day, seven days a week. He’s been working nonstop, and likely raking in the cash.

Luckily, we can join in on his party if we can get a better rate on our mortgages. And while you are thinking about loan options, ask the lender whether adjustable-rate mortgages (ARM) makes sense for your situation.

What is an Adjustable Rate Mortgage?

An adjustable-rate mortgage, or ARM for short, is a 30-year loan with a variable rate after a certain amount of time passes. The most popular type of ARM is a 5/1 ARM, which simply means that the rate is locked for five years, after which the rate could change once a year for the rest of the 25-year term.

Another version, the 10/1 ARM, locks your rate for ten years and then adjusts once a year afterward until the loan is paid.

The most popular ARMs adjust the interest rate annually but others, such as the 5/5 ARM, exist in the marketplace as well. As the name suggests, the interest rate adjustment occurs every five years instead of once a year after the initial lock period.

Why Do People Refinance with an ARM?

The standard 30-year mortgage has a fixed rate, and thus a fixed payment amount, for the entire loan duration. The peace of mind offered by never having an increase in monthly payment is incredible, but people opt for an adjustable-rate mortgage because the initial interest rate is often lower.

As the average time people live in any particular home is about five and a half years, the typical person will have a different mortgage by the time the rate resets anyway.

Some people also reduce the risk of the ARM rate resetting to a high level by choosing to refinance into another mortgage before the rate changes.

There’s a danger of course that the rate you refinance at is higher than the original, but it’s a risk some are willing to take because there’s also a chance that rates will stay the same or even go lower.

And with rates creeping ever lower in the past three decades, I know of people who even let their rates reset and take their chances because the rate on their mortgage has been ticking lower every time it resets.

The obvious danger is that if the rates move against you substantially, and you cannot pay the loan off but want to stay put, then it would be better if you got a 30-year fixed-rate mortgage to begin with. ARMs usually have a rate ceiling, but it’s common for the ceiling to be at least 5% higher than the original rate.

But remember that you have been paying a lower monthly payment for the first few years. That means you are ahead all through the initial term and shortly after the rate starts to adjust too. The lead will narrow rather quickly if rates shoot up though, so there’s really no time to wait before you refinance or you may be in trouble.

Who should consider an ARM?

The way I see it, there are a few groups of people who should seriously consider an ARM.

Should you refinance with an ARM?

First, you should figure out if refinancing is the right move. Since we are seeing extremely low rates again though, there is now a good chance that you can refinance to save some money.

After all, getting a good rate on your loan is one of the better ways to save money over time. A lower interest rate is vital if you want to save more money — especially on larger loans that span a longer period of time.

Refinancing into an ARM is basically a bet that rates will be even lower in the future, or at least stay roughly the same because you can refinance into a newer loan as time goes on. The risk of a substantially higher payment also goes away if you are pretty sure to be moving out of the house, or pay off the loan before the ARM resets.

Most people will tell you that this bet is extremely risky, and I belong in this camp because I feel like most people shouldn’t be making this bet. It’s important, though, to hear the other side of the coin. One of my friends who’ve always gotten ARMs had this to say when I asked him for his opinion.

David, I would only consider ARMs when I refinance. The nationally published rates just indicate a 0.25% reduction in ARM rates when compared to a 30-year fixed-rate loan, but I often get 0.50% and even 0.75% reduction. That’s real money.

I’ve been buying houses for the past 20 years, and I’ve always been able to refinance to a loan at roughly the same rate. What I do is get a 10/1 ARM, locking my rate for ten years. I also never wait until it’s close to 10 years before I refinance. I basically watch rates like a hawk I refinance with my mortgage guy as soon as I can get a no-fee refinance mortgage to be at the same rate. I’ve even earned my mortgage guy enough commissions over the years that he will ping me when a new mortgage makes sense for me because he knows I’m always willing to make the effort to move to a new loan. Sure there’s a bit of paperwork involved, but the process has gotten much easier now since many national lenders are moving everything online.

Hmm. He makes a good case.

Have you heard of ARMs, or own one? Do you recommend anybody get it? Why or why not?