The Benefits of a Bear Market 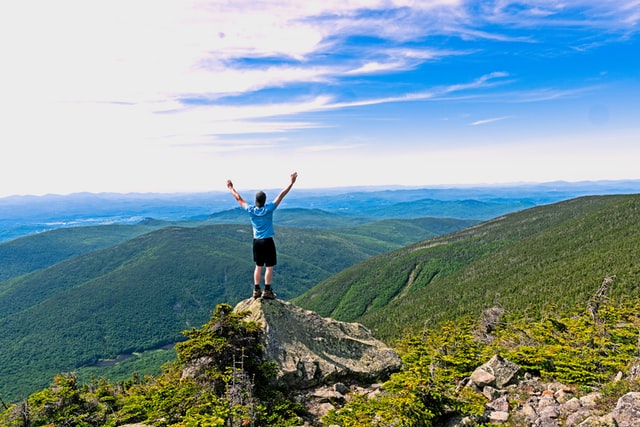 The idea of being financially independent is something most of us dream of, but some of us are taking action to make this dream a reality. We believe that living below our means, maxing out our retirement accounts, paying off our debts, and saving consistently will allow us to achieve freedom. We will be free from money issues, free from our constant struggle at work, and free to work on what we are passionate about.

I have always been a saver. There were countless times when I wanted to buy something but stopped because I didn’t want to spend the money. From a bottle of coke to that new car I wanted, I restrained myself over and over again because I know that buying would mean wasting money I worked hard for. I have used those compound interest calculators so often I can instinctively calculate the magnitude of how much my purchase would be worth in retirement if I just hold off.

I feel bad when I turn on air conditioning, so it’s rarely running. Sometimes the room is so hot I keep sweating and feel miserable. Yet I struggle through it, thinking that if I can hold off this one time, I could save that extra few dollars that will help me become financially free sooner. 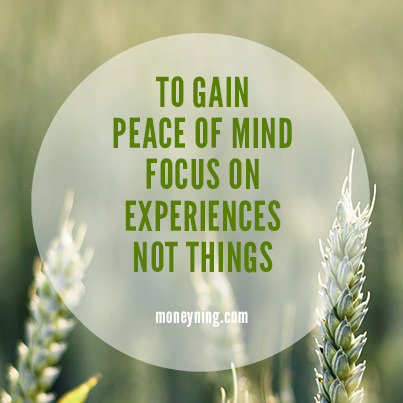 On the other end of the spectrum is my friend. He practices living in the moment and worry about tomorrow later. He has three cars in his possession, lives in a very nice house, and goes out for dinner every night. When you look at the two of us, you would think that we were living in different worlds. Maybe he is worried about retirement too, but he is choosing to have the fun now instead.

My friend constantly reminds me that although I may have a richer retirement, he lives a richer life now. The fact that he can live rich for 20 years should be the same as me being able to live rich 20 years after retirement. He is right in a way, and I sometimes see myself being jealous of how he is now.

Life is full of gives and takes. My friend and I both made choices. I chose to tough it out at the beginning, and have a happy ending. If you want to live rich now, be like my friend by all means. No one is stopping you, because it’s your life.

I feel like I am better off than my friend because I feel secure knowing I am working for my future. I know that I’m getting closer and closer to be financially secure, something my friend never was and probably never will be. I will live my later years quite comfortably because I worked hard my whole life to secure the privilege. If you are trying to save diligently and feel burned out from it, remember the following two sentences.

“Perhaps we are giving up many materialistic things right now for the future, but what we are gaining is peace of mind. We know what we are doing is the right thing for us, and nothing in life can substitute this feeling.”

I wrote this piece in 2007, close to when I first started writing on MoneyNing.com. It’s been more than a decade since then. Has anything changed? What happened to me and my friend? Don’t you want to know how things have turned out? Here’s an update. 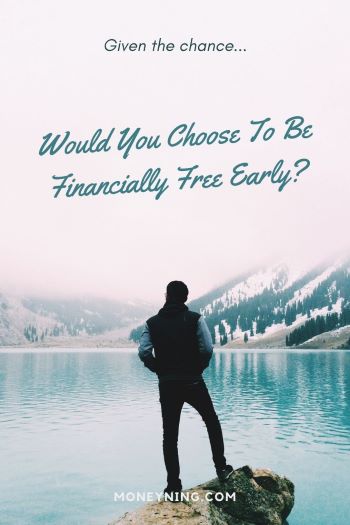 We are still friends!
We still regularly keep in touch, and both of us are doing great. I, as some of you know, got married, and have two beautiful kids. He too, has tied the knot with three kiddos.

I joke that his need for more and my value for freedom even extends to offsprings because he is one-upping me on family member count too!

As for our respective financial picture? Let’s start with him. All indications show that he’s doing decently. He went from three cars for himself to two for the family, but that’s still plenty since he works pretty hard and doesn’t have that much time to take care of his toys anyway. He also owns a nice house in a good neighborhood. And judging by our discussions on retirement plans and such, he likely has a decently sized 401k plus a modest taxable account.

I, on the other hand, am financially independent. My friend sometimes teases me for being retired because I also work at home and my hours are flexible, but I’m still writing on the site and generating income so I’m far from quitting the rat race.

What have I learned from our respective financial paths?

Compound interest works, but only if you have starting capital to compound. I had mutual fund investments since I was a teenager, so I’m living proof that those charts showing the power of compound interest don’t lie.

But money only grows if you start the ball rolling and let its momentum continue without interruption. Whether it’s saving money on coffee, not turning on air conditioning, or trying to start a side hustle, you need to find a way to save and keep saving.

Not buying now means being able to purchase the same item again and again later. I remember forgoing a $200 music player roughly 20 years ago. Instead, that sum invested is worth $800 today compounded at 7% per year. At the same rate of return, that $800 will roughly turn into $3,000 in two more decades. By then, the original $200 could be throwing out $100 in dividends every year.

Luckily, electronic prices have largely stayed the same. This means that I could buy a new music player every two years with the dividends that the original amount produces. And if I’m smart about finding deals on each purchase and selling the old one, I could even buy a new one every single year, all because I held off the purchase at the beginning!

Achieving early financial freedom is a choice, but it’s not the only good choice. I was okay with the sacrifices I’ve made because I highly value financial freedom. Ask a hundred other people and you may not be able to find another person who’s willing to suffer through no air conditioning just to save a couple of bucks a day.

My friend lived large for pretty much all his adult life and continues to have a good one. Sure, he probably doesn’t have as much saved as I do at this point, but he’s still well on his way to financial freedom. I may be less stressed about work than he is right now, but he’ll likely still be in great shape because he still saved along the way.

While I skewed heavily towards saving every penny I could get my hands on, he spaced his savings out at a much more gradual pace. I’m reaping the reward of my decision now, but he got to enjoy the money he earned at an earlier age.

I chose this path, and I’m glad I did.

I can’t say he’s wrong though. It’s just a matter of priorities.

Which path have you chosen so far? Do you have any regrets? If you do, then it’s time to change course. How will you live life differently today than in the past?