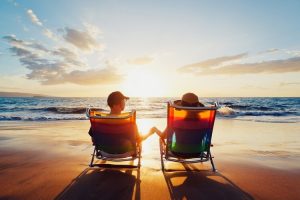 Wow, we have had quite a run recently.

It seems there’s just one great money book after another these days!

I covered this book in several posts including:

Next was Everyday Millionaires

where I offered these thoughts:

Then came both Financial Freedom and the Frugalwoods — though the latter was simply new to me (it was published a while ago).

Well, today we have another in this line.

It’s a pleasure for me to share an excerpt from Work Optional: Retire Early the Non-Penny-Pinching Way

It’s written by Tanja Hester from Our Next Life, which makes it an extra fun read for me. For those of you who don’t know her, she’s probably one of the best writers in money blogging. 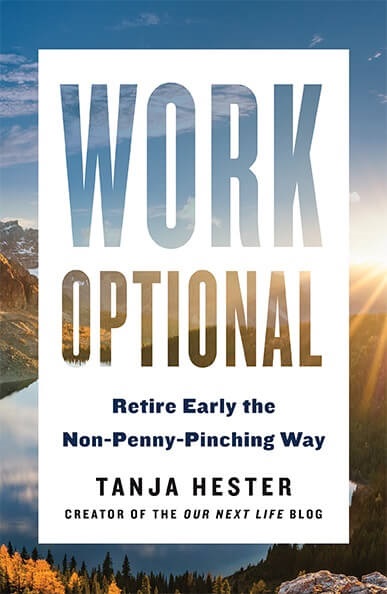 I got a copy of the book last month, requested running an excerpt, and she and her publisher agreed.

, which published February 12 from Hachette Books. Copyright © 2019 by Tanja Hester.

I selected this excerpt because 1) it’s at the beginning of the book (so it sets the scene and lets you know what’s coming) and 2) I love the topic — the definition of “retirement”.

I won’t say too much about the selection since I don’t want to ruin it for you, so for now let’s turn it over to Tanja and I’ll be back at the end to add some thoughts…

What Is Retirement, Anyway?

Retirement is a loaded term, filled with imagery of sitting on a beach with an umbrella drink in your hand, never doing one second of work again.

But here’s the thing: That’s not reality for the vast majority of retirees now, nor has it been at any point in history.

Retirement itself has only existed since the late 1800s, and even then, very few people actually retired. For most of human history, people have worked until they died, though that work looked almost nothing like the always-reachable, can’t-get-everything-done work of today.

According to the Bureau of Labor Statistics, labor force participation for adults aged 65 to 74 is increasing and will hit 32% by 2022, and 11% for those 75 and older. Some of those workers are people who never retired, but many more are folks working “second acts,” jobs that are often part-time and that may feel fun or purposeful. Many other retirees are redefining the term by focusing on volunteering and service, giving their retirements meaning but spending their time in ways that look an awful lot like work.

The formal concept of retirement originated in late 19th-century Prussia (now Germany) under Otto von Bismarck, and it was not instituted altruistically to give workers some well-deserved leisure time. Rather, it was put in place to force older, less-efficient workers out to make way for younger, more able-bodied workers. The retirement age was set by the economists at 70, though very few ever reached that age and benefitted from the program.

Some pensions were created for military servicemen in the US and public employees like firefighters and teachers in bigger cities between the mid-19th century and early 20th century, and American Express created the first private pension in 1875, but these pensions were not meant to eliminate the need for work altogether.

When the Social Security Act of 1935 was passed in the US, the retirement age was set at age 65, but at the time, the life expectancy for an American male at birth was only 58. Most of those who reached adulthood could expect to live to age 65, but many workers would never benefit from this new program. It was instituted just after the Great Depression as an incentive for older workers to leave the workforce and make way for younger workers at a time when jobs were scarce.

Contrary to popular belief, there’s also not a “correct time” to retire. Though we think of age 65 as the right retirement age, it was an arbitrary age chosen by economists and actuaries when Social Security was created that happened to make things balance out fiscally, not because there’s anything special about turning 65.

The average retirement age currently stands at 62, though nearly three-quarters of current workers say they plan to work past age 65, and two-thirds say they’ll semiretire and continue to work part-time. So there’s no magic to any of the ages we tie to retirement—59½, 62, 65, 67, or 70½—but only functional milestones.

There are other ways to fund your retirement that don’t require age-linked investments, and if you build them into your financial plan, there’s no reason why you have to wait for those milestone ages to leave your career.

Bottom line: Retirement is still a very recent invention. It was never intended to be something everyone could do, it certainly wasn’t instituted for the good of workers (us!), and for many people it doesn’t mean the end of work. Retirement is no reason to shape our entire lives in a conventional way on a made-up timeline that says we must work full-time until age 65.

The Freedom to Define Retirement for Yourself

(1) economically, by the fact that you don’t need to work for money;
(2) psychologically, by your own determination that you feel retired; and
(3) sociologically, according to whether society sees you as retired.

Unfortunately, we give the last one far too much weight and think it’s up to others to decide whether what we’re doing qualifies as retirement. If you put yourself in a position to walk away from work—whether that’s forever, temporarily, or partially—you can call yourself retired in some form if you darn well feel like it. And after you detach yourself from that arbitrary age 65 and its limiting notions of what retirement means—for example, the false notion that you’re never allowed to earn another cent if you call yourself retired—you open yourself up to an entirely different way of seeing life.

Instead of using our money to buy us more things and treat ourselves to cope with the stress of working—as the standard script tells us we’re supposed to—we can use that money to buy our way out of the standard work system altogether. You can hack your money and your mindset to achieve a work-optional life more quickly than most people imagine possible, reducing the role of mandatory work and increasing the time you can spend on what fulfills you most, from travel to hobbies to service to time with friends and family.

Best of all, it’s possible without pinching every penny or living so frugally that you make yourself miserable. Because this is ultimately about living your best life, and that means enjoying yourself both while you’re saving and after you reach your goal.

While you can shape the life you’re aiming for however you wish to, here are the general categories of work-optional living:

Told you it was some good stuff!

Now some thoughts from me:

Overall, this book does an awesome and thoughtful job of looking at retirement. It does this in a way that helps people live their best lives by considering all their options. My guess is that it will make a meaningful difference into future generations.

Now it’s your tun! What do you think of the above?

Anyone read the full book? If so, let me know what you thought.