Can I Employ My Spouse? 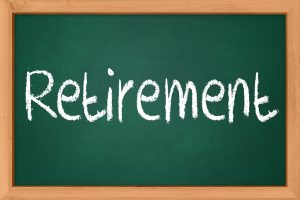 Last fall I shared responses I received from people when I told them about my early retirement.

These were family members and friends — people I know well (of course.)

They know me and our family and while they may have been surprised, it wasn’t a total shock given what they know about us.

But there’s an entirely different dynamic when you explain early retirement to strangers. It’s even more fun to see the variety of emotions cross their faces in about 5 seconds — disbelief, wonder, questioning, being stunned, and more — and how they react to the news. Some go on to ask how that happened, so I’ve devised a couple ways to address it quickly.

By the way, the entire “shock” reaction is not only because I’m in my early 50’s but because I look much younger (good genes from my parents). People regularly tell me I look like I’m in my early 40’s or late 30’s. One time a guy asked if my son and I were brothers. 🙂 So when someone meets a guy in his “late 30’s or early 40’s” who’s retired, that’s a shock.

Let’s start with how I end up explaining early retirement to strangers.

It really revolves around the fact that I now spend my time in unexpected places. Specifically, most people would expect me to be at work between 8 am and 5 pm. So when I’m in other places at those times — like home, walking around the neighborhood, in a store, at the gym, etc. — people begin to wonder what the heck is going on. And sometimes they ask.

I must admit I think this way as well. Any guy I see at the gym between 10 am and 4 pm who looks like he’s under 60 gets the same treatment. I wonder if he has a vacation day, works weekends, works nights, or what’s up. So I understand why people think the same about me.

Note: It’s more of a challenge with women since a greater percentage of them work in the home. When I see a woman with three toddlers at the grocery store at 2 pm I don’t think twice about her being there while I do when I see a guy of similar age there. Plus I end up chatting more with guys simply because I’m around guys more (not many women in the gym’s locker room).

So those are the generalities. Let’s get to specifics. What strangers specifically am I talking about?

Here are a few examples:

There are probably more examples but these are a good cross section.

Them: What do you do for a living?

Them: Are you taking a vacation day today?

Them: Why are you here today and not at work?

Them: (Flashes of various emotions across their faces.) Oh.

Them: How did you do that — retire so young?

This is where I need to have a short and sweet answer. I don’t want to get into a drawn out explanation but I do want to give them a general idea.

What Do I Say?

I have varied my responses over the months from one to another, but now I say something like this:

I saved my pennies and nickels and invested them so they turned into dimes, quarters, and dollars.

At this point, most of them smile and say something like, “Yep, that sounds right to me.”

I know the vast majority of them probably don’t fully understand what I’m talking about and aren’t living in a similar fashion, but they get the overall message — I saved and invested and that allowed me to retire.

It’s a short and sweet way to answer a question that could be complicated.

Those Who Are More Familiar

With people who are a bit more familiar with me, I’ll either add on to the above or even replace the above with:

When we lived in Michigan and the housing market was low we bought several rental units which helped us retire early.

This gets a bit more specific. It also explains everything completely. I’ve never had anyone say they didn’t get it.

What do you think of these responses? Any suggestions for improving how I answer in any way?