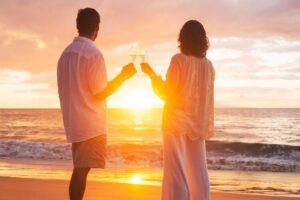 If you missed the first post, check out How to Retire Inspired, Part 1.

We covered five items in the first part, so we have five to review today.

Throughout the book, author Chris Hogan drops stats about retirement that will leave you scratching your head.

Here are a few of them:

I like stats like these as they quickly tell a very compelling story. I wish they were better, of course, but they are what they are.

After 20+ years of coaching people about money and writing on the subject, none of these facts surprise me. They simply confirm what I already thought about the sad state of Americans’ finances.

Some thoughts from me on the numbers above:

In the end, the stats tell a somber story about retirement in America. Hopefully this book will be the kick in the pants so many people need when it comes to retirement saving.

Hogan has a lot to say about inheritances that I agree with, both in how to plan if you expect to receive one as well as what to do if/when you actually get one.

Let’s begin with his thoughts on how to incorporate a potential inheritance into your retirement plans:

I would look at an inheritance the same way I did with work bonuses and do Social Security — if they happen, that would be great, but I’m not making them part of my plan. If I get them, they are just “extra”.

Even if you “know” you are getting an inheritance, you shouldn’t plan on it IMO. Why? Because things can change. And if you spend your whole life counting on a large amount of money and then it never shows up, you are in a world of hurt when it comes to retirement.

As for how to deal with a windfall should you receive one, Hogan has the following advice:

The first thing you should do is just take a big, long, deep breath. The second thing you should do is take that money and put it in a money market account for three to six months and leave it alone until you come up with — you guessed it — a plan. Being intentional ensures that an inheritance will be the kind of blessing it was meant to be.

He goes on to say that without a plan it’s likely that the money will simply melt away here and there until it’s gone.

I agree with this line of thinking. If you do receive a large amount of money, take some time, think about it, and then come up with a plan. This way you’ll be making good use of the money and putting it toward something intentionally.

I also think this has some lessons for the person who might leave an inheritance. Perhaps recipients shouldn’t get the money all at once, but in installments over time. In that way, if they do blow some up front, they have later payments coming and will have hopefully learned their lesson.

By the way, something else I found to be a good idea in the book was an illustration Hogan used. A lady left a sizeable estate to some relatives, but before they could get it, they had to attend Dave Ramsey’s Financial Peace University (FPU) so they knew how to manage money. It doesn’t have to be FPU, but I do like forcing people receiving an inheritance to get some sort of financial education. It just makes sense as it will give them the best shot at managing the money they will be receiving.

Debt Should Be Minimized Prior to Retirement

Hogan and I both agree (mostly) and disagree (a bit) on this one.

Being a Ramsey personality, he’s clearly on the “no debt” train even more than I am. And IMO he gets a bit extreme in some of his debt viewpoints.

That said, I have lived the no debt lifestyle for over two decades and can testify that it’s been awesome knowing that I don’t owe anyone anything.

Let me share a few thoughts from Hogan that I can support. Here’s the first:

Debt isn’t just borrowing money that you don’t have from the bank; it also means borrowing from your dream. Every dollar that you send out to debt payments — every dime you willingly commit yourself to for a period of months or even years — is money that you would’ve, could’ve, and should’ve used for investing in your retirement plan. Debt always leads to a dream deferred.

There’s obviously a balance and most Americans err too much on the side of debt IMO, so I see his point. And on consumer debt, we agree 100%.

I’m not sure we agree on house debt (I think we do but it’s unclear) or college debt (we don’t — he advocates no debt at all and I’m ok with an amount that’s in proportion to expected earnings after graduation), but we’re pretty close overall.

Hogan goes on with this:

The people I know who are diligently creating real wealth over the course of many years will tell you that debt is the number-one enemy of progress.

I’ll let that one stand on its own and simply ask you: agree or disagree?

He does introduce an interesting concept (or at least an idea I came up with after reading the following):

The truth is, there is more to debt than basic math. The really terrifying downside to debt is risk. In addition to borrowing from your dreams, debt places you at risk. No matter what it happening in your life, no matter what life deals you, that debt will always demand a payment each month.

That may not seem like a big deal when you’re working and bringing home a regular paycheck, but what happens if you lose your job? What if you get sick and suddenly find yourself under a mountain of medical bills on top of all your other debts? What if you’re married and the primary breadwinner dies or loses their income? What if you suddenly find yourself in an unexpected divorce? Those real-life risks you face when you play around with debt — even mortgage debt.

It’s interesting to think of no or low debt as a form of disability insurance. For instance, if your home is paid off, doesn’t that lower the risk/impact to your finances should you become disabled? I think it does. So you could look at paying off debt — and even your mortgage — as making insurance premium payments to yourself — ones that actually grow your net worth (versus being an expense). It’s an interesting concept to consider.

I don’t know a lot about reverse mortgages since I’ve never had to consider one, but the more I hear about them, the less I like them.

First the financial planner at our first retirement seminar said he viewed reverse mortgages as “a backup plan to a backup plan.” In other words, only if you have no other choice.

Now Hogan piles on and rails against reverse mortgages. His thoughts:

Some of the worst scenarios I hear about when I am talking to folks who are nearing retirement are related to the new fad of reverse mortgages.

There are too many disastrous consequences and hidden penalties in the fine print of these agreements to count, but I’ll quickly hit a few. First of all, this choice decreases anything that you were planning to leave your heirs. Second, you also must continue to pay property taxes, homeowners insurance, and upkeep on the home. And third, if for some reason you cannot pay the property taxes, then you can actually end up in default on the loan and the lender gets to take your house.

He gives some other reasons not to like them (for instance, if you have to move out to assisted living the mortgage becomes immediately due) and recounts the story of a woman who both lost her home AND owed the bank an extra $21k in fees in a reverse mortgage. Yikes!

Instead of a reverse mortgage, Hogan offers this:

Here’s the bottom line: If you have a paid-for home but need cash that badly, then just sell the house and either rent or dramatically downsize.

As I said, I am nowhere close to a reverse mortgage expert. Anyone ever used one or known someone who has? If so, what’s your opinion of them?

Don’t Try to Keep Up with the Joneses

Haha! It’s easy to beat up on the Joneses, but I still love doing it.

Thankfully, Hogan does as well, and offers these thoughts:

I call it (keeping up with the Joneses) fake rich. It really is all about trying to finance an image. Living a lifestyle beyond your means so that you can keep up appearances and fit in with the neighbors is a sure way to wreak financial havoc on your life.

Later in the book he continues:

Avoid competing with others over what you drive, where you live, or what you wear. You need to stop comparing yourself to your parents’ lifestyle.

Behind all that nice stuff, the Joneses are really broke and stressed out. Their life may look pretty good from the outside today, but let me tell you, you don’t want to be in their shoes when retirement arrives.

Lots of thoughts on this one:

In the end, over-spending is the real issue which is my worst money move anyone can make. Avoid it at all costs.

I could go on and on. I have probably 20 more things I loved about this book and that’s just from the notes I took during my first reading. I’ll leave you to find those for yourself.

As for me, I completely recommend this book to anyone wanting to know and think more about retirement. That’s why I included it in my 12 Books that Will Make You a Financial Expert in a Year.

That said, I am not in complete agreement with the book. There are a handful of things I disagree with.

In addition, there are a few issues Hogan brought up that are quite intriguing. These are concepts that I want to think about with you.

So I’ll be doing another post — listing both my disagreements and the concepts we should consider.