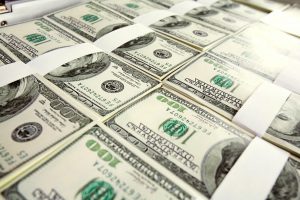 One of the questions I get emailed quite often goes something like this:

I read online that you have $3 million and retired at 52. How did you do it? I am in about the same situation and I’m afraid I don’t have enough.

That’s paraphrasing, but those are the general thoughts.

There are actually two questions here that I’ll address: 1) How did I manage retirement on $3 million? and 2) How can they retire given the assets they have?

Let’s take those one by one.

How We Retired on $3 Million

In case you missed it, it’s clear from The First Million is the Hardest that I have at least $3 million in net worth.

Here are my retirement expenses and income. They show clearly how I’ve been able to retire on this amount:

Update: If you want newer numbers, see 2017 Financial Year in Review and 2018 Forecast for details.

Note that this income is generated from about half of my current net worth. The other half is in tax deferred accounts at Vanguard just sitting and growing for another 20 years or so.

So I don’t really need $3 million to retire. $1.5 million deployed the correct way is fine.

And, of course, none of the income requires spending/drawing down any of the assets. If I wanted to apply the 4% rule, I could have another $120k in annual spending. Wow, I don’t know how I’d ever spend all of that.

Why $3 Million is Not Enough for Some

Now on to the second question — from people who also have $3 million in net worth (some even more!) — all concerned with the fact that they don’t have enough to retire and/or asking “how can it possibly be done?”

If you have $3 million the 4% rule says you should be able to withdraw $120k per year and the money will probably not run out on you.

Believe it or not, this is where things begin to break down.

More often than not I get some sort of response like this:

Yeah, that’s the problem. I just don’t know how I can make it on that little. I spend about [they quote a number tens of thousands of dollars higher than the numbers above] a year and can’t really go any lower.

You can imagine what’s going through my mind when I read stuff like this.

Sheesh, I thought $85k in retirement was a pretty healthy amount. But these people are telling me they can’t make it on $120k. One guy told me he’d have trouble getting below $225k or so.

These may seem like extreme examples but I have received several emails similar to this. So it’s a widespread problem.

I’ve even had them send me their budgets/spending by category and looked them over (FYI, do NOT send me your budgets as I am not willing to do this very often). Almost every line item is twice as high or higher than what we spend on comparable costs. And when I offer ways they might be able to save, my suggestions fall on deaf ears.

Obviously they don’t have an earning or investing problem, they have a spending problem.

This is exactly why Save Overview: Just as Important as Earning was one of the very first posts I wrote for this site. Because you can spend it all (and more) whether you earn $40,000 a year or $400,000.

If you can’t keep spending under control (and work to lower it to what I’d consider at least reasonable levels), you’re going to have a hard time ever retiring.

Obviously people retire on much less — like $1 million. But to do this they have to keep their spending in line. If you can’t do that and need a couple hundred thousand dollars every year in retirement, you need a BOATLOAD of money that is even hard for the top echelon of earners to bring in.

Any thoughts, questions, or suggestions?

This site uses Akismet to reduce spam. Learn how your comment data is processed.