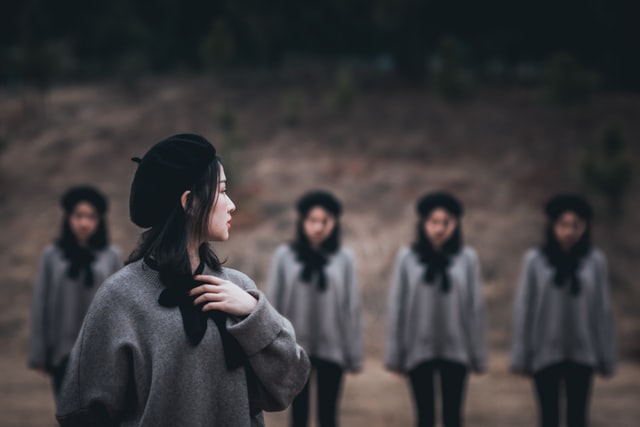 However, it’s not always best to be average — especially when it comes to money.

Even though the pandemic bumped up the savings rate and reduced the debt levels for many people, there’s still quite a bit of debt out there. On average, the American household has tens of thousands of dollars in credit card debt.

The average American borrows to pay for college, to buy a car, and to buy a home (not to mention borrowing for other things, like furniture, vacations, and weddings). 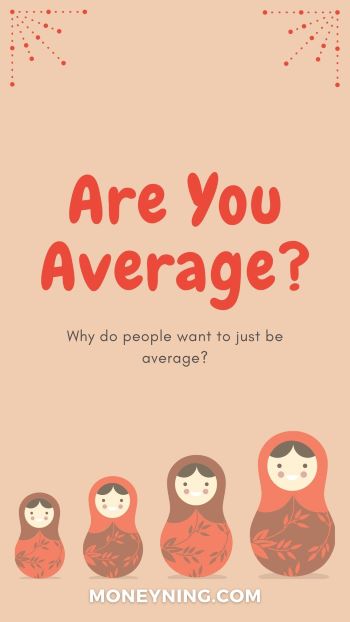 It’s true that some of the things we borrow to buy have some other value. I’ve borrowed to pay for my education, my transportation, and my shelter. These are things that ultimately led to a better life for me. I would also have an extremely hard time saving up to pay for these in cash. Can you imagine in this day and age to save up to buy a house? I might not be able to ever buy one if I don’t choose to tap into my future earnings to make that purchase. (As a student, I racked up credit card debt though. I regret that. Luckily, I’ve learned my lesson and I pay for most things without debt now.)

What are you willing to go into debt for, and why? Before you borrow for even what people consider as “good” debt, like a house, think about why you’re purchasing the home. When we owned a house, we bought that property because we wanted a stable place in a good school district for our son.

We also bought a home that was less than half what the bank said we were approved for. We could have bought a bigger, fancier house and lived on the mountainside, but we didn’t want to spend that much. We have other priorities.

David’s Note: Miranda made the right decision with the house. What’s interesting is that the mountainside home she could have bought would probably be farther away from her son’s school, not to mention being farther away from everywhere else she usually goes to.

You also need to remember at all times that debt is debt whether you spend it on what’s considered good or not. The danger of thinking that certain types of debt are somehow “good” is that you could end up spending more than you should. For instance, it’s much easier to justify buying a bigger house than you could comfortably afford if you believe borrowing for a home is “good” debt.

At the end of the day, a dollar borrowed costs just as much whether it’s good or bad. What matters is the interests charged and how much you are borrowing. Keep that in mind next time you go shopping.

Instead of Going for Average, Go for What You Want

According to the New York Times, the average size of a TV in North America is 38 inches. Everyone I know with a TV has at least a 50-inch model though. Our TV is 32 inches because we just don’t care about having a big TV. I guess we are keeping the average down!

We spend our money on other things, like Lord of the Rings action figures and trips. It’s not exactly “average,” especially in my neighborhood, but it’s what we like to do with our money.

That should really be the focus of your saving and spending decisions. Rather than asking yourself whether you have what others do and whether you look “normal,” consider your financial priorities and bring your spending in line with them. Do you want to buy something to impress people who really don’t care that much about you? Or would you rather spend money on something that will make you happy?

It might be comforting to be average, but it can also get confining. Figure out what you prefer to spend your money on, and then adhere to those principles. You don’t have to be average.

How average have you wanted to be in the past? Do you still want to be average?