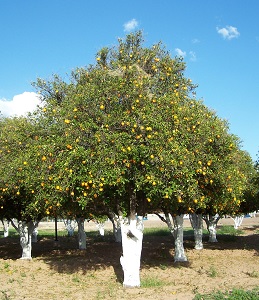 After the death of a loved one, there are many things that you have to deal with, not the least of which is handling your own emotions and grief over the loss. In addition to this very difficult transition, there often are lots of financial things to take care of as well. One of those matters is to make sure you have your own beneficiary designations properly assigned to any inherited IRAs or other retirement plans.

As with any IRA, if you haven’t properly designated a beneficiary, you’re dependent on the IRA custodian’s rules (and often your state probate rules) to determine where the IRA should go at your own passing. It only takes filing a form (generally) to make sure this is accomplished. Then you can move on with all of the other “stuff” that you need to deal with.

Let’s say you’ve set up your inherited account, and your intent is to pass along this IRA, split evenly among your three children. One of the first questions you need to answer is “What happens if one of the three kids dies before I do?”

Depending on how you’ve designated this, the account could be split evenly between the two remaining children (this is called “per capita” designation). Or, another way to deal with this is for the account to still be split 3 ways, with the deceased child’s estate retaining ownership of one third (this is known as “per stirpes” designation).

If you don’t make a choice between these two (per stirpes or per capita), your IRA custodian’s default rules will apply, which may result in a split that you didn’t intend.

Let’s complicate things a bit further: how about if you’re in the process of a drawn out divorce, and you haven’t yet set up your inherited IRA beneficiaries (to the three children) just yet. What happens if you die in the meantime? Most state probate laws would direct the inherited IRA to your (still legal) spouse, if your beneficiary designations aren’t in place yet.

Timeliness of the designation is critical in a case like this, as well as many other circumstances. Take the time to get this out of the way, and review it every once in a while (annually is good) to make sure your wishes are still reflected in your beneficiary designations.