This is a guest post by Chicago attorney Dan Janich. A little off the normal topic path for this blog, but Dan’s insights are worth sharing. This post is timely with the recent Panama Papers disclosures.

The current firestorm surrounding the discovery of the Panama Papers is the most recent indication that U.S. taxpayers with undisclosed offshore financial interests are in the cross hairs of the Internal Revenue Service (IRS) and Department of Justice now more than ever. I often consult with individuals or their financial advisors about the consequences U.S. taxpayers face for concealing the existence of offshore financial interests and counsel them on their available options. 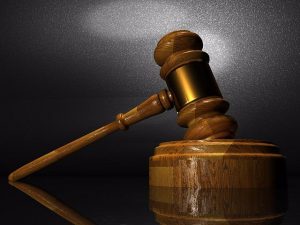 The issue of concealment of foreign assets is even of more concern to immigrants in the U.S., whether they are legal resident aliens with a substantial U.S. presence, green card holders or naturalized citizens, all of whom must report the existence of their offshore financial interests and pay taxes on the income they generate.  Their failure to do so places them in jeopardy of incurring significant financial penalties, possible criminal prosecution and being subject to deportation proceedings.

This discussion is intended to serve as an introductory guide on how such individuals may be able to minimize civil penalties and the risk of criminal prosecution, and perhaps of most importance, avoid the threat of deportation.

U.S. Taxpayers Must Report and Pay Taxes on Their Worldwide Income

Immigrants to the U.S. are frequently surprised to learn that U.S. tax laws are quite different from those in virtually any other country because U.S. taxpayers are required to report and pay income tax on their worldwide income regardless of where it was earned.  Income derived from foreign sources are taxable in the U.S. Therefore, Form 1040 at Part III of Schedule B requires taxpayers to check a box answering whether they had “an interest in or signature or other authority over a financial account in a foreign country, such as a bank account, securities account, or other financial account.”  This information is to be furnished to the U.S. government under penalty of perjury.

The obligation of U.S. taxpayers to report foreign financial interests, however, exists even if no taxable income is generated.  U.S. taxpayers must file an annual report of foreign bank and financial accounts (FBAR) with the Treasury Department if they have foreign financial interests or accounts or signature authority on accounts exceeding $10,000 in the aggregate at any time during the year, even if that foreign interest or account does not generate taxable income in the year. Financial   interests include bank, securities, real estate interests, nonrenewable energy interests, collectibles and other non-cash assets held in a foreign account, foreign hedge funds or foreign private equity funds. The IRS may take any action reasonably necessary to enforce the FBAR rules, including investigation of potential violations, issuance of summonses and the assessment of civil penalties. U.S. taxpayers with foreign financial assets with an aggregate value exceeding $50,000 must also file an additional disclosure form, Form 8938, with their annual U.S. income tax return.

A failure to disclose foreign accounts may lead to harsh civil and criminal penalties, back taxes, interest and where the violation is deemed “willful” quite possibly criminal prosecution for tax evasion or filing of a false tax return, among other crimes.

Civil and criminal penalties and charges for FBAR and tax violations are cumulative:

In addition to the civil and criminal penalties, resident aliens with a substantial U.S. presence, green card holders and naturalized citizens who fail to disclose foreign financial interests or pay U.S. income tax on the income derived from such accounts also places their legal immigration status at risk.

Under U.S. immigration law, green card holders and resident aliens are subject to deportation upon conviction for certain crimes, including those classified as an “aggravated felony.”  An “aggravated felony” includes offenses that either (i) involve fraud or deceit in which the loss to the victim or victims exceeds $10,000; or (ii) relate to tax evasion in which revenue loss to the Government exceeds $10,000.

In the Kawashima v. Holder decision issued in 2012, the U.S. Supreme Court held that conviction of a willful filing of a false tax return or aiding and abetting the filing of such a return by a green card holder was a deportable offense because it involved “fraud or deceit,” and that conduct amounted to an “aggravated felony” involving a loss of $10,000 or more.   The fraud or deceit derives from the taxpayer’s signing off on a statement in a tax return that he did not believe to be true, or “willfully” aiding and assisting another in making a false or fraudulent return. Based on the rationale of Kawashima, a criminal conviction for failure to file a FBAR may also lead to deportation because it would most likely be deemed an “aggravated felony” involving fraud or deceit in an attempt to willfully hide financial information from the U.S. authorities.

As if deportation was not enough punishment, deported green card holders who spent more than eight years in the U.S. are also subject to an “expatriation” tax (known as the “Exit Tax”) which treats the holder’s worldwide assets as having been sold at fair market value (even though no actual sale may have occurred), subjecting them to income tax on the “deemed gain.”

Kawashima may have increased the risk of deportation for green card holders and resident aliens with a substantial U.S. presence, but they are not the only U.S. taxpayers with a deportation risk.

Revocation of Naturalized U.S. Citizenship Due to Failure to Disclose Ownership of Offshore Financial Interests

Naturalized citizens are also at risk of losing their U.S. citizenship by deliberately withholding or misrepresenting information given to immigration authorities when they became a permanent resident alien or when the application for citizenship was completed.  Individuals whose citizenship is revoked on this basis are subject to criminal prosecution and deportation proceedings.

How does this happen?  Individuals seeking naturalization must complete Form N-400, an application filed with the U.S. immigration service. Citizenship may be denied, among other reasons, if the applicant is determined to have lied on the Form N-400. One area of inquiry on the Form N-400 relates to the applicant’s satisfaction of his/her U.S. income tax responsibilities, namely, whether income taxes have been paid.  An applicant’s failure to pay taxes when due attributed to the nondisclosure of offshore accounts will result in a denial of citizenship insofar as  such conduct demonstrates that the applicant did not display “good moral character,” and is therefore rendered ineligible for U.S. citizenship.

Furthermore, U.S. citizenship that was previously granted may be revoked and lead to deportation if after the process is completed, U.S. immigration authorities discover that the citizenship was “illegally procured” because of the applicant’s deliberate failure to disclose to immigration authorities an interest in foreign financial assets and deliberate failure to pay income tax on the income derived from such assets when becoming a permanent U.S. resident or when filing for U.S. citizenship.

What Are the Options to Avoid Criminal Prosecution and Deportation?

The Offshore Voluntary Disclosure Program (OVDP) provides eligible taxpayers with a means for correcting their failure to disclose and report foreign assets with the certainty of knowing exactly how much their civil penalties are going to be and the reassurance that they will not be subject to criminal prosecution for tax evasion. Participation in the OVDP is usually the best means to reach a resolution with the IRS whenever the circumstances surrounding the failure to disclose and report may be considered as “willful,” i.e., intentional.  And for the U.S. immigrant taxpayer, successful completion of the OVD Program will allow the taxpayer to avoid criminal prosecution for willful tax evasion or filing of fraudulent income tax returns, and thus minimize the risk of possible deportation proceedings.

Timing is of the essence when this option has been selected.  A taxpayer under audit or who has already been reported to the IRS is ineligible to participate in the OVDP.  Therefore, it is important for the affected taxpayer to act quickly to request participation in the OVD program, that is, before foreign financial institutions such as banks and brokerage firms unilaterally report the taxpayer to the IRS pursuant to the mandate under various international tax treaties. In addition to the foregoing, the IRS may close the OVDP at any time or renew it for a limited period of time with increased civil penalties.  That is why I advise clients that it is imperative that they move quickly to submit the papers necessary to establish their eligibility and obtain acceptance into the program.

Make no mistake about it.  Participation in the OVD program is costly—it is both time consuming and expensive.  It will require the assistance of an experienced tax attorney to guide the taxpayer through the process, which includes the completion and submission of voluminous paperwork, such as (1) filing of U.S. Forms 1040X for the last eight years; (2) payment of back taxes, 20% accuracy penalties, and interest charges with respect to the Forms 1040X, (3) filing of FBARs and all other required information returns for the last eight years, and (4) payment of a catch-all FBAR penalty equal to 27.5% of the highest aggregate value of the offshore assets during the eight-year period.

Some of my clients may choose to comply through a “back door approach” by making a so-called “quiet disclosure” in the hope of avoiding the penalties associated with delinquent FBAR filings and unreported income on tax returns. These taxpayers simply report their foreign accounts in the current year, file FBAR reports for previously delinquent years, amend previous income tax returns and hope that the statute of limitations expires before the IRS starts asking them questions.  I advise clients that this option is not at all suitable for U.S. immigrants as compliance using this approach will not avoid criminal prosecution and the risk of deportation proceedings.

U.S. taxpayers with undisclosed foreign financial interests must take corrective steps immediately before the IRS comes knocking on their door.   Because of the risk of deportation faced by resident aliens with a substantial U.S. presence, green card holders and naturalized U.S. citizens they each have a compelling reason to participate in the OVD Program so as  to receive assurance they will not be criminally prosecuted for any tax violations relating to the nondisclosure of their foreign financial interests nor be at risk for deportation.

Daniel N. Janich is a Partner in the Chicago office of Holifield Janich & Associates, PLLC. He is nationally recognized for outstanding skills and knowledge in the fields of employee benefits, executive compensation and tax. Dan has successfully represented clients before the IRS and in tax litigation. He can be reached at djanich@holifieldlaw.com or (312) 332-4222. Check out Dan’s profile on LinkedIn.  Check out Dan’s prior contributions to this blog YOU RECEIVED A PINK SLIP AND SEPARATION AGREEMENT – NOW WHAT? and Is Your Noncompete Enforceable?

Please contact me with any thoughts or suggestions about anything you’ve read here at The Chicago Financial Planner. Don’t miss any future posts, please subscribe via email. Please check out our resources page as well.