The 5 Best Portfolio Analysis Tools for 2020 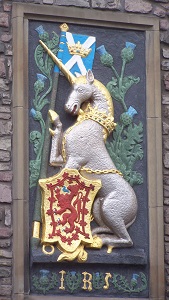 With the passage of the CARES Act earlier this year, changes were made to the Required Minimum Distribution (RMD) rules. Effectively, anyone who would normally be required to take a distribution from an IRA (plus 401(k), 403(b) or governmental 457 plan) is allowed to skip the distribution for tax year 2020. Inherited plans of the same varieties (which also include Roth-type accounts) are also afforded the same option to skip. Lastly, if you were first required to begin RMDs in 2019 (thus with a required beginning date of April 1, 2020) but had not taken the distribution until 2020, your RMD is waived for this period as well.

We covered a lot of the ground on the RMD changes in 2020 due to CARES in the article Required Minimum Distributions for 2020. Now we have more guidance that wasn’t available when the original article was published almost 3 months ago.

Recently the IRS issued additional guidance on this waiver of RMD. The guidance was published via Notice 2020-51, and the most significant matter (in my opinion) that had not been previously addressed is that of re-depositing RMD that were already taken in 2020.

The problem is that, when the CARES Act was passed into law, it was already several months into the tax year. Many people have their RMDs set up to take a withdrawal every month, spreading the income over the year. Because of this, by the time the CARES Act was passed, more than two and a half months had passed, and so many folks had taken as many as three distributions from their accounts already.

The original information published with CARES provided no special relief regarding re-depositing RMD in 2020, so we were left with the “regular” rules. These rules allow for a rollover contribution to an IRA (or other account) as long as you complete the rollover within 60 days of the distribution. This still doesn’t solve the problem for someone who took his first distribution in January and perhaps another in February, only to find out that he didn’t need to as of mid- to late-March.

In addition, the “regular” rules disallow the rollover of more than one amount (IRAs only) during any 12 months. So if you took 3 distributions in early 2020 (before CARES was passed), you would normally be allowed to only re-deposit one of the RMDs, not all three.

The IRS published additional guidance recently to resolve this situation. Two things were changed regarding re-depositing RMD in 2020:

Note that the rules indicate “any amount taken as RMD”. This means that amounts over and above the required minimum distribution for the year are not subject to these two new provisions.

For example, if your RMD for 2020 is $11,500 and you have set up a distribution of $1,000 per month, you would have received $3,000 in RMD distributions by the time CARES was passed. And you might not have stopped the automatic distribution for a couple of months after that. So let’s say you’ve distributed $5,000 in RMD for the year, and you’ve decided that you don’t need that money (and you’ve stopped the distributions for the remainder of the year). You’re allowed to re-deposit the entire $5,000 back into your IRA, as long as you do it by August 31, 2020.