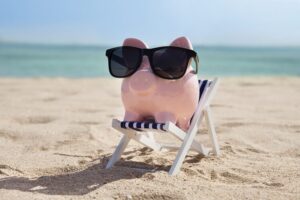 Today I’m going to cover a new retirement book I just completed. This one is How to Retire Happy

which has the subtitle of “The 12 Most Important Decisions You Must Make Before You Retire”.

Over the course of a couple posts I’ll share some of the unique parts I liked about this book and let you decide what you think.

But before we get to that, let’s take time to make a public service announcement…

Journalists are Not Experts

I’m simply going to let the author speak for himself a bit and then I’ll add my commentary.

Here’s what he says in the book’s preface:

This is the book I wish I had been able to read before I retired. If I had, my monthly Social Security check would be fatter, my company pension would be better, my retirement savings account would be significantly larger, and I’d have a better chance of making my money last during what I hope will be a long retirement.

But that’s not all. If I had known then what I know now, I would have been better prepared, both psychologically and emotionally, for my retirement. I also would have had a keener appreciation for the life-enhancing opportunities and experiences that retirement can bring you.

I retired from the Washington Post in 1996. I was then 69 years old, and I had spent 23 years at the Post—the last 12 years as a financial columnist, writing about stocks and mutual funds. All told, I spent about 45 years in journalism as a reporter, writer, and editor.

Several months after I retired, I began writing a column for the Post called “Retirement Journal” that chronicled my experience as a retiree. In essence, this book is the story of my retirement: what I learned and what I think you should know about the subject. My goal is to take the mystery out of retirement and to reduce the confusion that many retirees feel.

Shortly after I left my full-time job, I realized that I was woefully unprepared to make many of the decisions that are required as a retiree. I knew little, if anything, about Social Security, Medicare, Medigap, Medicare HMOs, long-term care, mandatory IRA withdrawals, pensions, and so on. But even though I was uniformed, I had to make far-reaching personal decisions on all of those subjects. Inevitably, as you will read, I made some bad decisions and learned some costly lessons.

The job of writing a regular column about my retirement experiences opened a window for me on a part of life that I had not known much more about or even thought much about. Indeed, the more I learned, the more convinced I became that preparation and knowledge are the keys to a happy retirement.

Ok, now I’ll get off my high horse (or is it beating a dead horse? — I know there’s an appropriate horse-related saying here somewhere) and we can get back to reviewing the book…

Here’s the book’s list of the 12 most important retirement decisions:

Three of the 12 decisions (1, 10, and 12), including the important first and last ones, are about non-financial retirement decisions.

So I give the author kudos for listing these where others mostly miss them.

The book starts by detailing three good and three bad reasons for retiring.

It introduces the subject with the following as it gets into “Decision 1: Am I Ready to Retire?”:

The fact is that when you face the question, “Am I ready to retire?” Your answer may have little to do with your fantasies and a lot more to do with your age, your health, your family, the nature of your job, your financial situation, and your outlook on life.

Again this stems from the fact that the author has lived this subject and is not simply reporting on it from a theoretical perspective.

Now let’s get to his reasons. I’ll share one at a time and give my comments.

Let’s begin with his three good reasons for retiring…

Reason 1: The Time is Right

If there is “a time under the sun for everything,” then surely there will be a time in your life when you can look in the mirror and rightfully tell yourself, “I’ve worked hard all my life. I’ve met every challenge life has thrown at me. It’s time for me to stop working and to start living life my own way. These are the years that belong to me.”

From my own experience as well as reading what other retirees share here, something usually happens that makes the person keenly aware that the time is right.

For me it was the combination of a terrible boss, moving to a beautiful retirement-worthy location, and realizing that I had more than enough money/income to retire now (and had had enough for a decade — I know, I’m a bit slow sometimes).

For others it’s often simply “I’ve had enough.” It’s the point where work has moved from something they enjoy (at least in part) to more of a burden — or even worse, a stress-filled, life-sucking existence that they are compelled to escape.

And for others, sometimes the decision is made for them. There are layoffs (sometimes with very nice financial incentives, so why not take it?), down-sizings, and now with the virus I’m sure we’ll see some who are furloughed deciding now is the time to retire.

Anyone out there have a “the time was right” experience different than any of these?

Reason 2: You Have More Compelling Things to Do

The book tells the story of a woman who retired so she could start a charitable organization. Of course something “more compelling” doesn’t have to be working for a charity, but it’s a good example of one.

These days I only yawn when I’m tired and that’s usually after several days of five-hours-a-day pickleball. 😉

Reason 3: Your Job is Changing

Here’s how one person described this reason:

“It was time for me to be unhooked from an unchallenging position and to get more involved in what really interested me, which was teaching and scientific study,” Larry said.

Personally I think this reason could be lumped under “the time is right” but I get it — he wanted three good and three bad, so lumping them together would have screwed up the numbers. 😉

Reason 1: Work is Your Identity

It sounds contradictory: you can be ready to retire but not ready to give up work. What does that mean? It means that work is a habit that is hard to break. As strange as it may seem, especially on those dreadful days when everything is going wrong, work is an integral and even a necessary part of our lives.

Thus, I found that not only did retirement tamper with my identity and my image of myself, but it put me in a “has-been” category that was uncomfortable for someone who had led a vigorous working life.

I know there are some (many?) people who have this issue, but personally, I don’t get it.

Work for me was never about who I was as a person, it was just what I did. My whole life and identity were certainly not tied up in my work.

That said, I know there are people who live their lives with their careers at the center of everything. I just don’t get it. I feel sad for them that their lives are so intertwined in what they do that they can’t leave it.

Now if they enjoy doing what they do, that’s a different story IMO. In that case, why stop doing something you love? There’s no reason to quit.

But if you want to quit and simply can’t because your identity/life/feelings are tied to your job, that’s a sad, sad situation (as Elton John so eloquently sang).

Reason 2: You’ll Miss the People You Work With

The idea of not having to go to your job every day may seem mighty attractive, but ask yourself this question: “Am I really ready to give up working and everything that goes with it?” That “everything” includes not only the challenges and frustrations of your jobs but also the familiar, even welcome, daily routines at work.

Ask yourself also, “Will I miss the people I work with?”

These are not facetious questions. Although we like to scoff at the idea that we love our jobs, work plays an important role in our lives. It provides us with a sense of purpose and accomplishment and, of course, a place to go in the morning. For many of us, our workplace is our home away from home, the place where we spend time with a network of friends and colleagues.

Consider me a scoffer…

Seriously, if all your friends are from work, that’s about as sad as your identity being tied to work.

Sure, you make friends at work. After all, you’re at work more than you’re anywhere else, so if you don’t have friends, it makes things difficult.

However, what about all the other activities in life — don’t you have friends at church, at the health club, on the pickleball court, in your neighborhood, from your kids’ activities, and on and on?

To me this is just another result of a job-centered life that wasn’t my experience at all (and I’m glad it wasn’t).

Reason 3: You Want to Stay in the Loop

A man of high energy, Bert says he does not ever want to retire. “While eventually I might like to trim my present 60-hour workweek to 50 hours or even 40 hours and take a few longer weekends,” he told me, “continuing to work full-time still seems much more attractive, invigorating, and fun than the alternatives.” At the same time, he has found striking a good balance between his professional and his civic activities to be a challenge. “When you don’t charge for your services, it is easy to give away too much time, to the detriment of one’s professional activities,” he said.

I don’t think “staying in the loop” is a great reason not to retire. Maybe that’s just me.

If he changed this to “You enjoy what you do”, then I’d be fine with it. In fact, this could be the sole reason for not retiring, but then that would screw up the three and three reasons lists.

I might add “You need the money” as a valid reason for not retiring as well.

That’s it for this time. In the next post we’ll cover working in retirement, how to deal with a spouse who’s now home a lot, and keeping your mind sharp in retirement.