Can Your Family Survive With 1 Bathroom? 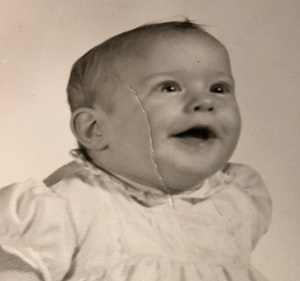 The year 2020 is, for many obvious reasons, going to be a year none of us will forget anytime soon. But for those who were born in 1960, even if the coronavirus came nowhere near you personally, 2020 will have a lasting impact on you, regardless.

If you were born in MCMLX (1960), the year 2020 is when you’ll reach age 60. For anyone, this is a momentous occasion. Reaching six decades of age is a wonderful event, opening the passageway to retirement, grandparenting (and great-grandparenting) among many other favored activities. For our purposes in this article, you should know that age 60 is also a very important year for your Social Security benefits. Age 60 is when your wage index is set, which determines many things about your Social Security benefits.

I’m not going to go into complete detail on how Social Security benefits are calculated in this post – my primary message here is to help you understand why 2020’s economic results will have such a lasting impact. If you’d like a complete description of how Social Security benefits are calculated, see this article about the Primary Insurance Amount or the AIME, as starting points in your education.

The problem is in the calculation

When Social Security determines your benefit amount, a very complicated set of calculations occur. One portion of that calculation is an averaging of your lifetime (the top 35 years) of earnings. The calculation isn’t a simple average, however – it’s an indexed average, and the indexing year is the year you reach age 60.

Let that sink in for a bit… I’m guessing that didn’t help much, did it? How about if I work through a simple example to illustrate the problem?

Rather than working with 35 years’ worth of earnings (because that gets unwieldy in a hurry), let’s work with an example of only 5 earnings periods. And I’ll simplify the numbers so it’s a bit easier to grasp. Look at the table below for starters:

Simple enough. Year 5 is representing the year 2020 for 1960 children, your indexing year. When Social Security determines your benefits, they look at your overall earnings history – and for our example the above brief table will suffice.

Since Social Security is not simply based on what you’ve earned, but rather what you’ve earned relative to the rest of all earners in your age group, we need another column in the table. This column is the Average Wage Index for all people earning in any given year.

Briefly, the Average Wage Index is determined by totaling all wages earned in the US in a given year, and then dividing that number by the number of people who earned those wages (all who received a W2). Self-employed folks are counted as well, just in a slightly different manner based on their tax returns.

So for the purpose of our example, let’s fill in an Average Wage Index (AWI) for the record:

These AWI numbers represent that nationwide average for the year in question – don’t get hung up on the numbers themselves, I just randomly generated some numbers to fill in the slots. The point is that these are the averages for those years.

The next step in the process is to index your earnings against the averages. To do this, we set year 5 as the “index year”, and we make all of the other averages simply a comparison to that index year. To fill in the first year’s index, we simply divide our index year by the AWI figure for that year – $1,353 / $1,050 = 1.28857. And so we fill in the rest of the table:

Hopefully the way the index column is determined makes sense. Again, this simply shows the AWI figure in terms of each year’s relative value compared to the AWI figure for the index year, Year 5. So Year 5 is of course, 1.00000, since it is equal to itself.

Now that we’ve determined the Indexes, we apply each year’s index to your actual income for that year. We do this by multiplying the Index column by the Income column, to come up with an Indexed Income column:

Taking a look at the figures in the Indexed Income column, you can see that, for example, the $1,100 that you earned in Year 2 is equivalent to $1,311 when compared to the AWI for the periods, with Year 5 as the Index year.

The last bit is to average these numbers – so we add up the five years’ worth of Indexed Income, and divide by 5, the number of periods in our example. Adding up we come up with $7,040, and dividing by 5 we have $1,408 as our result. This is our Average Indexed Earnings. (Keep in mind my example is much more simplified than Social Security’s actual calculation, which works with Monthly earnings, rather than yearly, and the total years in question are 35 rather than 5. The concept is the same, however.)

Alright – so now we’ve gotten this far, let’s get to the point of the problem: since the Indexing year is kinda the foundation of the whole process, what happens when that figure is adjusted? And by adjusted, in the context of this problem we’re covering, I mean adjusted downward – perhaps significantly.

The only figure that was adjusted was the Year 5 AWI – but this changed both of the following columns, since their values are based on the Indexing Year’s AWI value. The result is that the Indexed Income, when totaled, comes up to only $6,396, and when divided by 5 the result is $1,279 – which is $129 less than the figure we got the first time around – nearly a 10% reduction!

Hope that example helps you to understand what is so important about the Indexing year AWI value. Now let’s put this into the context of your own Social Security benefit.

Your own Social Security benefit

I explained briefly above how your Social Security benefit is calculated, and the example should have helped you understand the importance of the Indexing Year’s AWI. Now let’s talk about what’s about to happen in 2020 – real life.

Back in the first quarter of 2020 (remember way back then?) the economy was booming. Employment was at all-time highs, based on the number of people employed. And then, the coronavirus pandemic hit. More people than ever before have been affected by layoffs and furloughs, as well as complete evaporation of their jobs.

So – two takeaways that are important to the process – remember how I explained that the AWI is determined by taking the total wages earned by everyone in the year and dividing that figure by the number of people earning? The first part of that equation is very, very likely to be smaller in 2020 than it was in 2019 – because there has been a period of more than 8 weeks so far (out of 52, 15% of the year and climbing) where a significant number of those people who were earning at the beginning of the year have not been earning, or are earning significantly less than before. And the second part of the equation hits just as hard: more people than ever before were in the workforce, so the divisor is that much larger.

So the result is that, for those folks who are reaching age 60 in 2020, your Indexing Year AWI will be lower than anyone could have possibly guessed it might be. Social Security’s actuaries had projected an increase for 2020 of approximately 3.5% over the projected 2019 figure.

It is estimated that this anomaly across these two calculations will result in a loss of more than $2,500 a year in Social Security benefits for the average person, when compared to the previously-anticipated AWI figures. Assuming this person receives benefits for approximately 18 years, a total of more than $45,000 in benefits is lost. The figures will be higher or lower depending on your benefit amount, the age you start benefits, and how long you receive benefits, of course.

What can be done about this?

Each person individually can’t do much about this situation. Starting Social Security benefits earlier or later won’t help. The only way this can be resolved is if Congress takes up the matter to make a one-time (hopefully!) adjustment to the AWI series.

How likely is it that Congress will take action? First, consider that this situation has occurred twice in the past: in 1977 through 1981, due to a change in the process, and more recently in 2009, from impact of the Great Recession.

During 1977 to 1981 – this is the infamous “notch babies” period – since the anomaly was a result of an intended change to the rules, it’s not surprising that no Congressional action was taken.

So we have the Great Recession as a recent economic downturn to use as a guide – and once again, Congress did not take action to resolve this situation. So folks who reached age 60 in 2009 (born in 1949) had the exact same issue that those reaching 60 in 2020 are facing, and Congress did not make any changes then. So the outlook isn’t good.

However, one thing that is working in favor of a possible adjustment for folks born in 1960: it’s an election year, and Congress has been throwing money around like drunken sailors. If we can get them to pay attention to this problem, maybe they’ll do something about it – if for no other reason than to buy favor from this group of folks born in 1960. I suggest contacting your congress-people immediately, and get this issue on their plates ASAP.

I should also note – given that we have no idea whether the economy we’re seeing up to this point in 2020 will recover over the remainder of the year, or whether it will continue to languish and unemployment remains high, there’s certainly no guarantee that this same situation won’t continue for folks born in 1961 and beyond. It’s way too early to start worrying about that, and of course, worrying about it isn’t going to resolve it.