You Can Stop Paying Federal Student Loans, But Should You? 5 Ways to Know 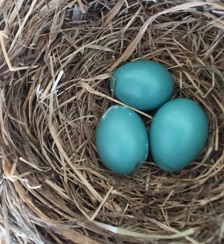 The SECURE Act has limited non-spouse beneficiaries (with a few exceptions) to a maximum of a ten-year stretch for IRA payouts. Because of this, the search is on for strategies to make the most of the new rules. One method is specifically for a married couple, allowing the children or grandchildren to have two ten-year payouts.

When the first spouse of a married couple dies, if the beneficiaries of his or her IRA are all designated beneficiaries (not Eligible Designated Beneficiaries), then they will have the 10-year payout available to them on the inherited IRA funds.

Then, when the second spouse dies, assuming it’s the same group of beneficiaries, they’ll have another 10-year period for their inherited IRA payout.

Say Lisa and Paul are a married couple and each has an IRA. Lisa’s IRA is $500,000, and Paul’s is $200,000. They also have other funds available to them, in addition to pension and Social Security, such that when either of them dies, the IRA money needed for the survivor has been determined to be only about $300,000.

Let’s say Paul dies first. Upon his death, if Lisa was the primary and the children contingent beneficiaries, if Lisa is certain that she will not need the money in Paul’s IRA for living expenses, she could disclaim the entire IRA, leaving it to pass along to their two children. The children (not minors) could then have a ten-year period over which to withdraw their portion(s) of the IRA.

Five years later, Lisa dies. At this stage, since Paul predeceased Lisa, if no changes were made to the beneficiary designations (that is, Paul is still the primary and the children are contingents), then the children would step into the primary beneficiary role, and each would have a new ten-year payout period for the funds from Lisa’s IRA.

Upon Paul’s death 5 years later, again, nothing being changed about the designations, the children are now the primary beneficiaries of the remaining $300,000 from Paul’s IRA, and they have 10 years to withdraw that money.

By taking this action, assuming no reductions to the account values, in the first instance where Paul died first and Lisa died 5 years later, the children have a total of 15 years over which to withdraw the $700,000 of IRA funds. This can have a significant impact on the taxation of these funds, since they can draw out the number of tax returns upon which to claim all of this ordinary income.

The difference in this instance is that the children have an additional five years to spread out the tax hit from the inherited IRAs.

The downside of this strategy for a married couple is that once the surviving spouse disclaims the money from the first-to-die’s IRA, they have no recourse (other than family obligations, of course) to access that money if an emergency were to arise. And naturally, if the expectation (or fear) is that the surviving spouse may need the money from the first spouse’s IRA, then you would not want to undertake such a strategy at all.