Social Security-The End of the File and Suspend Couples Strategy 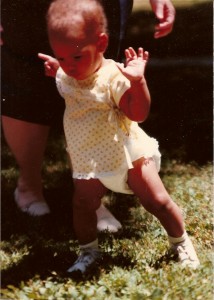 I’ve written before about some ways in which Dave Ramsey may be misleading you.  For the most part, however, I think he gives great advice, especially with regards to the behavioral issues relating to getting out of debt and dealing with family and small business financial issues.  One of the pearls Dave has contributed to the personal finance lexicon are his “Baby-Steps.”  They seem aimed at the financially clueless, but they still have merit for the more knowledgeable.  I introduce them in this post.

According to Bankrate, 30% of Americans have no money at all.  Literally, there is no savings account, CD or anything like it.  Meanwhile, Americans have $785 billion in credit card debt.  Divide that by 114 million households, and you’re left with $6886 in credit card debt per household.  With the median household income being $51,400, that suggests that the typical American has an emergency fund of NEGATIVE 1.6 months. [Update 2018: Americans’ total revolving debt is now over $1 trillion dollars, the average credit card balance is $6354, median household income is over $57,617, and only 39% have enough savings to cover a $1000 emergency. — Ed]. Getting $1000 in a bank account is a vast improvement.  It allows the household to avoid racking up more debt for relatively minor emergencies- small medical bills, broken appliances, car repairs, minor home repairs, airplane ticket to a funeral etc.

I don’t know if Dave Ramsey is the originator of the “debt snowball” idea, but he is certainly most responsible for popularizing it.  The idea behind the debt snowball is that you pay your debts off in order from smallest to largest, without regard to the terms or interest rates of the loan.  This is a purely behavioral approach to the problem, and Dave has been appropriately criticized for making an incredibly gray issue seem black and white.

He advocates that this approach helps the debtor “feel success” and “gain momentum” so he is more likely to complete the process and get out of debt.  If you examine the numbers from a mathematical perspective, you quickly realize that if you put the same amount toward debt repayment each month, you’ll be out of debt sooner by paying down the highest interest loan first.  Sometimes, especially with low-interest debt, you may be better off not paying the debt down any faster than you have to and using that money to invest in risky or even low-risk investments.

You can also argue that despite interest rates, some debt is worse than others.  For example, student loans can’t be discharged in bankruptcy.  That’s a good reason to get rid of them or exchange them for other types of debt whenever possible.  It also doesn’t consider the tax-deductibility of some types of interest.  At certain incomes (usually less than doctors make) student loan interest is deductible, even if you don’t itemize.  Mortgage interest is also tax deductible if you do itemize, lowering the effective interest rate owed.

But it’s pretty hard to argue that you should build up a larger emergency fund, save for retirement, or begin saving for college when you’re paying interest of 15-30% on credit card debt.  Even at rates well below 10% (think student loans), it might be worth forgoing tax-advantaged retirement savings in order to get the risk-free “return” that debt repayment provides.

Do I think you absolutely need 3-6 months of savings before investing anything?  No.  But you probably need a larger emergency fund than $1000.  It can take a very long time to acquire an emergency fund of 6 months expenses.  Imagine someone who pays 20% of their income in taxes, and is putting 15% toward an emergency fund, with plans to invest that toward retirement after the emergency fund is complete.  To make it easy, we’ll assume they make $100K a year.  So their emergency fund needs to be $100K*65%*0.5= $32,500.  Saving $15K a year means it’ll take 26 months to fill that emergency fund. That’s a long time to put off investing.  I like the concept.  I don’t like the rigidity of having to complete one step before starting on the next one.

I generally recommend to readers on this site that they put 20% of their income toward retirement.  But 15% is in the ballpark and is probably plenty for someone who starts early and doesn’t plan to retire early.  Dave’s advice here doesn’t quite fit with what I’ve criticized before- namely Dave’s mistaken idea that “good growth stock mutual funds” reliably earn 12% a year on average.  If your investments REALLY earned that much, you could save far less than 15% a year.  (assuming 40 years of saving and guaranteed 12% nominal returns you could save as little as 1.3% per year thanks to compound interest.)  But they don’t, so you need to save 15%-20%. 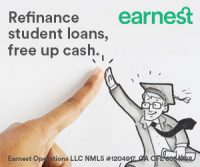 I think Dave got this one right on.  You need to take care of yourself first before worrying about your kids.  Eliminating the burden of supporting you in your old age is far more valuable than providing a few thousand toward their college costs.  I’m surprised how many people make this mistake.  You can’t get loans for retirement, but it’s easy to get them for education.  Plus, if you’ve got retirement on track by the time the kids get into college (usually when you’re around 45-50), you can easily cut back a bit on retirement savings and help pay for their college with your monthly cash flow.  Compound interest and the time value of money make it far better to cut back on your retirement savings when you’re 50 than when you’re 35.

I don’t have a problem with this advice either.  Since mortgage rates are usually pretty low, and the interest is often completely tax deductible (my effective mortgage rate is 1.8%-below the rate of inflation), even a rabid anti-debter like Dave Ramsey recognizes that sometimes it may be smarter to invest rather than eliminate debt.  There are benefits to paying off a mortgage early, including the psychological feeling of being debt-free, but also the financial freedom of lower fixed expenses and the elimination of the risk of losing your house to the bank in the event of misfortune.

Baby Step 7 – Build Wealth and Give

I also agree with Dave that giving away money is important.  There is a lot of variability here.  Many people give away 10% or more of their income each year, even when they don’t make that much.  Yet there are also plenty of high-income people who give away little more than a few hundred dollars a year.  I’m always interested to see the percentages that presidential candidates give away when they publicize their tax returns.  There are also a lot of people who don’t give anything away until after their death.  They figure they’ll give away what they don’t need, and can’t know what they don’t need until they’re dead.  It really comes down to your values. 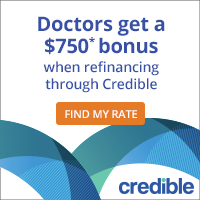 I’ve got two problems with Step 7.  First, what do you need to “build wealth” for if you’ve already got plenty of money for retirement and for college?  Building wealth for the purpose of building wealth seems a bit miserly to me.  I’d be happy to see Step 7 just be called “Give!”  Second, as mentioned before, I dislike the rigid order of the baby steps.  I guess I’ve completed Steps 1, 2, and 4, but I’m doing steps 3, 5, 6, and 7 simultaneously.  The world is much more gray than black and white.  I appreciate the structure provided by the Baby Steps (and suspect there are a lot of people who need it, especially the type that spends years on Step 2), but I think a more sophisticated view of personal finance is probably beneficial.

What do you think about Dave Ramsey’s Baby Steps? How have they been helpful to you? Do you think they are too rigid?  Comment below!