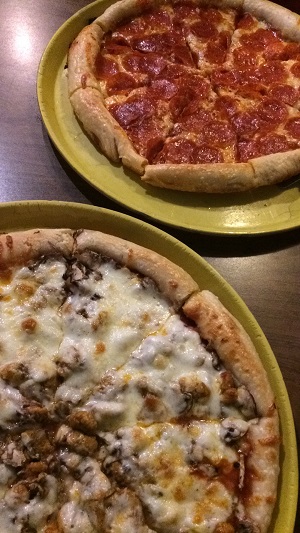 I’ve made the observation before – IRAs are like belly-buttons: just about everyone has one these days, and quite often they have more than one.

Wait a second, maybe they’re not quite like belly-buttons after all.

Oh well, you get the point – just about everyone has at least one IRA in their various retirement savings plans, and these accounts will eventually be subjected to Required Minimum Distributions (RMDs) when the owner of the account reaches age 72. (This just changed with the passage of the SECURE Act in 2019 – it used to be 70½.)

So what are RMDs from IRAs, you might ask? When the IRA was first developed, it was determined that there must be a requirement for the account owner to withdraw the funds that have been hidden from taxes over the lifetime of the account. Otherwise the IRS would never benefit without the taxes that are levied against the account withdrawals. To facilitate the forced withdrawals, a schedule was prepared approximating the life span of the account owner year after year. This schedule prescribes a minimum amount to be withdrawn each year that the account owner is alive, until the account is exhausted.

If you were born before July 1, 1949, you are subject to the old rule, which indicates that your first RMD year is the year that you reach age 70½.

If you don’t want to double up the distributions for your first and second RMDs, you can take the first RMD by December 31 of the year you reach age 72. By taking your first and second RMDs as originally described (first one by April 1 and then another by December 31), you will be taxed on both distributions in a single year. This might result in adverse taxes to you.

Calculation of RMDs from IRAs

Calculation of the RMDs from IRAs is fairly straightforward, although there is some math involved. For the first year of RMD, the participant is age 72. IRS determines your applicable age based on your age at the end of the year. According to the Uniform Lifetime Table (See IRS Publication 590 for more detail on other tables), the distribution period for a 72-year-old is 25.6.

Each subsequent year, Jerry reviews the balance of his accounts on December 31 of the previous year. Jerry looks up the distribution period from the Uniform Lifetime Table for his attained age for the current year. He then takes the balance and divides by the factor for his current year, producing the RMD amount. Then Jerry just has to take a distribution of at least that amount (the RMD) during the calendar year.

It’s different for RMDs from non-IRA retirement accounts. With the exception of 403(b) plans, employer plans cannot be aggregated to determine RMDs. But that’s a subject for another time.

Another point that is extremely important to note: taking these distributions is a requirement. Failing to take the appropriate distribution will result in a penalty of 50% (yes, half!) of the RMD that was not taken. As you can see, it really pays to know how to take the proper RMDs from IRAs.

Understand that the examples I’ve given are for simple situations, involving the original owner of the account and no other complications. In the case of an inherited IRA or other complicating factors, or if the account is an employer’s qualified plan rather than an IRA, many other factors come into play that will change the circumstances considerably. If you need help on one of these more complicated situations, it probably would pay off in the long run to have a professional help you with the calculations.