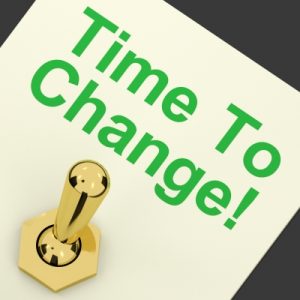 Chances are you’ve seen an advertisement or some sort of article talking about how Social Security benefits will be changing in 2021. Usually these articles have a very dramatic headline, such as “After 2021, you’ll never be able to get as much benefits from Social Security! Act Now!” – followed by information to attend a seminar or contact a firm to help you out.

I understand a lot of folks are concerned about this, but I believe it’s misguided concern brought about by sensationalists who have something to sell. The truth is that the much ballyhoo’d changes in 2021 have been in place since 1983, and nothing you can do will avoid the application of these rules.

In 1983, Congress made changes to the way Social Security works, in order to increase the probability of the system maintaining solvency. This was brought about by the crisis situation that was occurring in 1982, which was the last time Social Security’s trust fund was in danger of running short of money (as has been projected to occur 2035, per the 2019 Social Security Trust Fund Report).

At that time, the Full Retirement Age (FRA) for Social Security beneficiaries was 65. This had been the FRA since the inception of the system, and had been in place for approximately 50 years at that point. In order to help the system out, FRA was gradually increased over time.

In 2021, the first people born in 1955 will be reaching their FRA – which for the first time in 11 years has increased. These people reach FRA at age 66 years and 2 months. But this isn’t new! These rules have been in place since 1983.

No rules are changing in 2021. There are different factors being applied for folks who reach FRA in 2021 and thereafter, but the rules have been in place since 1983.

Here’s how the rules apply – for everyone: For all birth years after 1943, the Delayed Retirement Credit is 2/3% per month, which works out to 8% per full year of delay. The reduction calculation for starting benefits before your FRA is also the same for all – 20% (5/9% per month) for the three full years (36 months) closest to your FRA, and 5% per year (5/12% per month) for any months more than 36 before your FRA.

First, a quick definition: PIA – Primary Insurance Amount – This is the unreduced (and not increased) benefit that you will receive if you file at your Full Retirement Age.

Let’s look at each year of birth in order. Here are the factors used to calculate your benefits:

Practical Application of the Rules for YOUR Situation

Calculating the maximum benefit amount for 1955 birth year is more straightforward – every month of delay produces a 2/3% increase. Multiplying 2/3% by the 46 possible months of increase results in a total maximum increase of 30.67% for birth year 1955.

Nothing is Changing in 2021

If you’re reaching FRA in 2021, these factors have applied to every calculation done to project your benefits. NOTHING CHANGES AS OF 2021, it’s already in place (since 1983), determined by your year of birth. So again I say, the year 2021 should have no impact on your filing decisions.

In fact, if you’re reaching FRA in 2021, these factors began applying to your situation in 2017, when you reached age 62. If you calculated the minimum benefit for starting at age 62, you’d have found that the benefit amount was 74.17% of your PIA – not 75%, which was the case for folks born the year before. The same applies to anyone born in or after 1955 – the minimums have been in place all along (since 1983).

Hope this clears up any misconceptions that may have arisen from the drama that is being promoted as if it were a crisis.