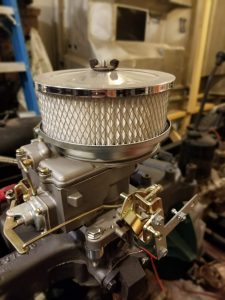 There’s been a lot of press surrounding the concept of Roth IRA conversions, specifically in the coming 5-6 years with our historically-low income tax rate structure. Given the low tax rates presently, and the presumed increased tax rates after the expiration of the current tables after 2025, a Roth Conversion may make a lot of sense for a lot of folks these days. However, there are a few reasons why this might not be the best idea for a lot of folks. Here are three really good reasons why you probably should reconsider…

Of course, this is not an exhaustive list – just a few good reasons why you really need to think this over before you do a Roth conversion. In general, if you can convert funds from traditional IRAs to Roth IRAs at a marginal rate of 24% or less, it’s likely a good idea to do this, for at least part of your traditional IRAs.

In addition, if it is your intention to never distribute a significant portion of these retirement funds, converting to Roth can make good sense. This is especially true if there will be a very long period of time for the converted money to grow from investments. If you plan on living a long time (and don’t need the money from the IRAs), a Roth Conversion might be a good plan for you.

You must be mindful, if nearing the age for Medicare (or already participating in Medicare), is that a Roth Conversion could temporarily make you subject to an IRMAA (Income-Related Monthly Adjustment Amount) increase to your Medicare Part B and Part D premiums. These adjustments occur based on your AGI from two years previous to the current year, so a large Roth Conversion at any time during or after your 63rd year could cause IRMAA Part B & Part D increase. Also, keep in mind the additional Net Investment Income Tax that may apply if your overall AGI is greater than $250,000 for a married couple.