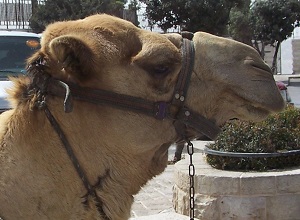 There are many cases where an IRA or other retirement plan owner has directed his or her account to someone other than his or her spouse – such as the estate, a trust, or other person(s), or – the owner may not have named a beneficiary at all. It could be that the original owner simply forgot to make his or her beneficiary designation…

In a case like this, although the intent of the original owner could still be met by distributing the account as the original beneficiary designation directs, but there may also be cases where the intended heirs think otherwise and would prefer to direct the assets to the surviving spouse. It could be important from a tax standpoint since the surviving spouse has the unique option to transfer the account to his or her own name as owner, potentially allowing for deferral of taxes for many years. Plus, the surviving spouse is one of the few eligible designated beneficiaries that are allowed to stretch inherited IRA distributions over their lifetime. There could be many reasons for this to happen, but the point is that the situation could and often does arise.  How can this be accomplished to the best interest of the surviving spouse?

While there are ways around the issue, this definitely doesn’t take the place of proper estate planning, by any means. You’re always better off if you make the proper moves before death, so that there is no question about your intent and who your beneficiary should be.

It is important to note that the IRS doesn’t have an official position on these matters with regard to how and when the surviving spouse who wasn’t specifically named as the beneficiary may be able to utilize the inherited IRA as an owned IRA (in his or her own name).

There are many Private Letter Rulings (PLRs) that address these situations – and the consensus from those PLRs seems to be this: if the circumstance is that the surviving spouse has sole ownership and rights to assign the account and/or distributions to himself or herself, then usually the IRS allows transfer to an owned IRA (rather than an inherited IRA). If the anyone other than the surviving spouse has rights or control ownership, then the IRA is considered to have been transferred from the entity (the trust or the estate) and is not available to him or her as an owned IRA, only as an inherited IRA.

As with all PLRs, these cannot be used to support your own position with regard to an action you might take, only as guidance in determining a course to consider. You will need to get your own PLR if your situation is unusual and not covered by the IRS in any other way.